Brands Need To Embrace The Unexpected 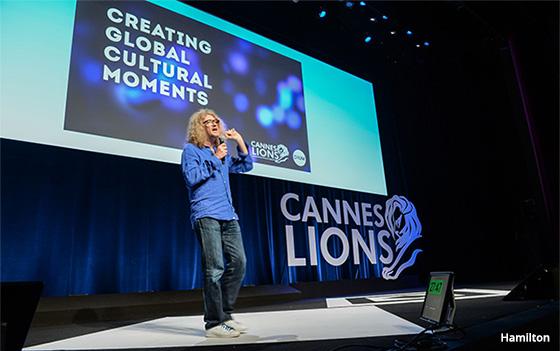 CANNES, FRANCE -- The most memorable cultural moments are typically unscripted.

The virally famous selfie at the Academy Awards in 2014 was originally only expected to include host Ellen DeGeneres and Meryl Streep. Then Streep asked Julia Roberts to join them, quickly followed by Bradley Cooper, Brad Pitt and Jennifer Lawrence, among others.

When Kanye West rushed the stage to interrupt Taylor Swift during the MTV Video Awards, nearly everyone wanted to get West off stage. Cut away or go wide, they cried. MTV eventually dropped in a wide shot that blurred a lot of what people saw earlier.

"With live events, things can and do go wrong. This can create uncertainty which can create moments that are unexpected from the start," says Done & Dusted Cofounder Hamish Hamilton. His team has been responsible for the Super Bowl Halftime Show, London 2012 Olympics, Victoria Secret's Fashion Show, and The Oscars.

Hamilton joined Luke Southern from Omnicom's content division Drum during the Cannes Lions Festival of Creativity Tuesday to expound on his philosophy about the importance of taking creative risks and being “fearless.”

"Creative leadership is interesting," says Hamilton. "I understand what I can do and what I can't do. I create the environment that allows people to be the best they can be."

Brands need to embrace the unknown, he says. Companies win when they are affiliated with pop-culture moments, yet they refuse to allow for these moments when crafting experiences. Despite its best efforts to prevent the West-Swift interruption, Hamilton believes this moment revitalized the award-show franchise.

“What makes me different is my tolerance for risk,” he says. "Most people when they get to my age, they are risk-adverse." He understands these giant productions cost millions of dollars and people have to pull it off or they will get fired.

As a solution, Hamilton turns to animation.

In the "cheapest way," he creates a very elementary CGI-version tracking the entire show to illustrate the various visions. It is difficult to imagine what Katy Perry is going to look like in her Super Bowl Halftime show riding a gold horse alongside a ball, he says. With this recreation, all camera work is tracked and done in advance. Every single shot is pre-plotted.

"What I am doing is narrowing the risk in showing this upfront," he says. "This is what this is going to look like, do we all agree?"

In addition to executing the creative vision, he also must serve as a diplomat. Brands and artists don't like working together because they carry mixed agendas and dislike sharing the spotlight.

One of his toughest moments was ensuring Coldplay, Bruno Mars and Beyoncé appeared together in the same shot during their Super Bowl Halftime show. Thankfully, these are "three reasonable individuals," he says. "Let's get them in a studio and work it out." The shot at the end of the performance was "the money shot."

Hamilton doesn't always get his way. Lady Gaga featured drones during her opening at the Super Bowl Halftime Show. “We had 300 or so drones out there, and I wanted people to understand the "amount of agony and pain" that went into creating that spectacle. Instead, everyone assumed they were computer-generated.