CBS Daytime Time Warp: If It Still Works, Why Fix It? 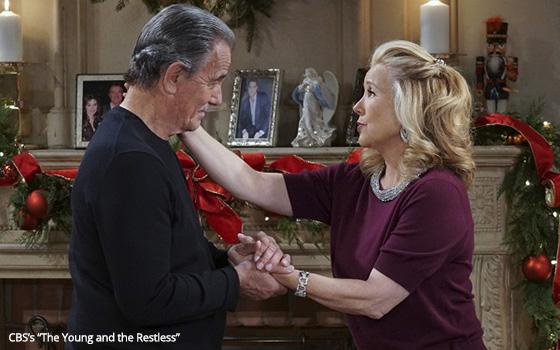 Wednesday morning in my Wall Street Journal -- the print version that I still read -- a special section titled “Future of Transportation” (in all caps) declared that in the near future, private car ownership would be a thing of the past.

In its place would be a society almost fully accepting of sharing rides with others in autonomous or semi-autonomous vehicles summoned via smartphone apps.

And even those who still insist on owning their own cars would participate in the sharing economy by offering their vehicles for use on a time basis -- an hour, an afternoon, a weekend -- under a fee-paying arrangement that the WSJ likened to Airbnb, but for cars. In fact, this latter scenario already exists, as the WSJ pointed out.

Another day, another disruption in something we used to hold dear, or at the very least took for granted -- owning our own cars, using them whenever we felt like it, and driving them ourselves. Alas.

Meanwhile, CBS announced on Tuesday that it is renewing its lineup of daytime programs -- almost all of them relics from some distant age. It was a sign that the disruption mania sweeping through our society has not yet reached CBS.

The word “disrupt” and its variants have become words that many people bandy about with abandon these days. Some people have actually formed the habit of positioning themselves this way, as “disruptors.”

It is a way of trying to convince the rest of us that they have a track record of thinking so differently than everyone else that ideas they have hatched and projects they have undertaken have had a “disruptive” effect on the industries in which they work. Many of these claims seem like BS, but that’s just me being skeptical again.

Flying in the face of those who would disrupt daytime television, CBS has renewed five hours worth of daytime shows -- two game shows, two soaps and one talk show.

Specifically, CBS said it renewed “The Young and the Restless” (premiered in 1973) for three more years and “The Price Is Right” (current version premiered in 1972) for two.

With these five hours of non-news programming, CBS is demonstrating a commitment to a daypart whose audience has been declining for years.

At the same time, though, there is something to be said for a strategy that embraces the smaller available audience watching network TV during the day, as long as one remains the leader in attracting that audience.

In this way, CBS, as a corporation, has what you might describe as a lock on daytime TV. They have these five hours of network shows all doing well enough to earn money.

Plus, the company’s syndication arm -- CBS Television Distribution -- controls a group of first-run syndicated shows seen during the day (and early evening) that are among the most stable shows in all of television -- among them “Judge Judy,” “Dr. Phil,” “Wheel of Fortune” and “Jeopardy.”

Daytime TV in jeopardy of being disrupted? Not at CBS, apparently.