How Brands Can Leverage Passion To Connect With People 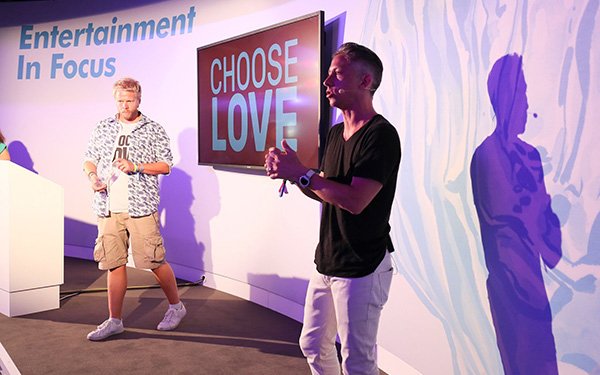 CANNES, FRANCE -- People want to be part of something bigger than themselves and football and music, in particular, have emerged as the ultimate common denominators in connecting individuals, says Copa90's James Kirkham, who spoke at the Cannes Festival today to discuss how shared passions can, and should, help brands to transcend social divisions.

Passion points help brands connect with people by highlighting a fundamental need to belong, says Kirkham. "They also bring to life how this need has recently been profoundly disrupted." He points out this is a global issue, from the Brexit and Trump presidency to the more recent U.K. General Election.

Also, fans from soccer rivals French and England came together to express solidarity following the Manchester bombing by jointly singing along with Oasis's ‘Don’t Look Back in Anger."

These examples have implications not only in terms of the rules for how to make such brand relationships work, but also for why working for social unity is now part of brands’ wider responsibility, Kirkham says.

"Our world is now so consumed by ephemeral belonging, the dopamine hit of ‘likes’ from social media taken to extreme by ‘like’ farms and vending machines in Russia where you pay for ‘Instalikes,' " he notes.

Brands can get involved and benefit from this need to belong, but they must follow the rules, says Kirkham. "Our point in Cannes is that it’s not about just leaping into music and football and assuming the job is done."

First, "they need to not be dicks," he said. "Brands need to behave naturally and not like the least cool person at the gig." Just because they are paying money for sponsorship, doesn't give them control over the event.

Also they must respect fans. "This isn’t just a case of understanding through research, he says. "People on the brand need to live as fans, be the fans."

And don’t be a leech. Brands need to add real value to fans if they want to enter this realm. "Don’t be transient," adds Kirkham. It cannot be a one-and-done deal. Companies can't merely blast their image at a festival and then disappear. Passion is only developed through long-term loyalty.