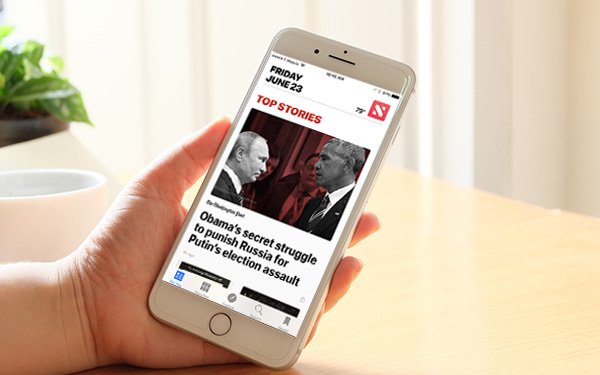 Publishers have long complained that the big technology platforms do not share any information about their audiences, making it that much harder for publishers to sell advertising directly to data-obsessed advertising clients, not to mention marketing subscriptions to readers.

However, this situation may be slowly changing. At least that’s the optimistic interpretation of Apple’s recent move to share more data about its users with Apple News publishers.

This week, Apple revealed that it will begin making information about the genders and ages of readers available to publishers, at both the channel and article level, via its News Publisher Analytics dashboard. The data is accessible via a new “Apple News Format Demographic Metrics” feature on the dashboard.

While data on users’ gender and age may seem fairly modest by the standards of the Internet -- where individuals are thoroughly mapped by cookies and their own social media profiles -- it is more generous by the standards of Apple, which previously only shared the number of views and visitors, as well as metadata showing for example when content was viewed.

Apple also unveiled a number of other potentially important concessions to Apple News publishers, including support for third-party ads -- as long as they conform to its strict specifications and come from certified advertising partners -- and two ad sizes in familiar rectangular and “leaderboard” formats.

The moves should allow publishers to repurpose their existing ad creative for Apple News with less hassle.

As noted, this is one of a few signs that the big tech platforms may be ready to loosen some of the draconian restrictions that have handicapped publishers.

There are also plans to add compatibility with Apple News.

These changes should make it easier and less time-consuming for publishers to distribute content on various platforms, using virtually identical custom elements including fonts, colors and captions.