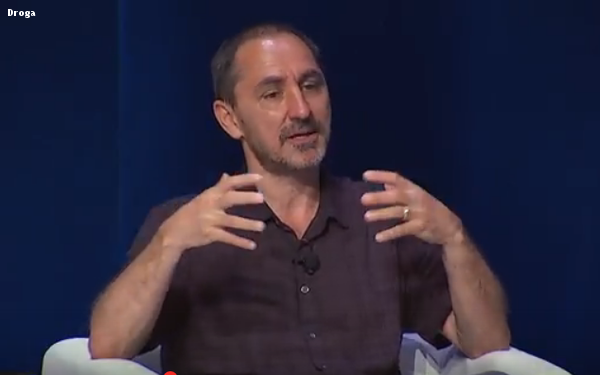 David Droga opened a Cannes Lions panel Friday by winning the festival’s prestigious Lion of St. Marks award, but he ended it by saying he really wanted to win an election to become Prime Minster of Australia.

Asked what his biggest post-advertising career ambition was during the interview-based panel this morning, the Droga5 founder and Aussie native said: “One day, when I have advertising out of my system, I want to be Prime Minister of Australia.

“It’s not that I’m really planning a campaign,” he continued, “but I’m thinking if I was ever to do anything other than what I love doing now, it would be in a platform where you can do as much good with creativity and good intention.”

The Q&A was peppered with examples of well-intentioned work, including one that raised millions of dollars for UNICEF, prompting Droga to quip, “I really care about leaving a trail of goodness wherever we can.”

He continued that while the ad business is about selling “stuff for our clients,” which is itself a “valuable contribution to society,” he waxed on the notion that advertising can also play a greater role by using “our creativity to move the needles” that make society a better place, too.