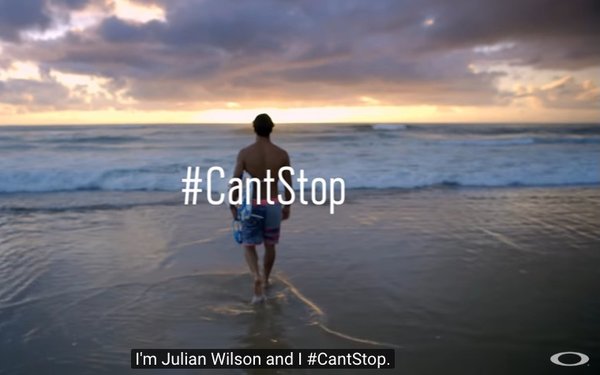 Americans’ lust for sunglasses isn’t showing any signs of slowing, and expect it to get a boost today: It’s the Vision Council’s National Sunglasses Day.

The organization, which says last year’s media push generated more than half a billion media impressions, represents more than 150 brands. It’s pushing its #SunglassSelfie and #NationalSunglasses day hashtags in an attempt to alert more people to the risks of ultra-violet rays to visions. And many brands will be running promotions of their own, focusing on how shades provide protection from sun damage, as well as make a fashion statement.

For Eyes, for example, a 116-unit chain based in Miramar, Fla., is offering one lucky winner free Ray-Bans for life. Optical Image, with stores in Arizona, is giving away Maui Jim t-shirts for people buying Maui Jim.

The promotion comes at a time when the world’s love affair with the fashion accessory is going strong. (“With my sunglasses on, I’m Jack Nicholson,” the famous actor is said to have remarked once. “Without them, I’m fat and 60.”)

The market has long been dominated by Luxottica, the Italian giant, which owns Ray-Ban, Oakley and Persol, as wells as such licensed brands as Coach, Burberry, Giorgio Armani, Ralph Lauren, Tiffany and Versace. And it owns retailers that include the Sunglass Hut, Pearle Vision and LensCrafters. (Luxottica, which is said to have a 14% share of the total market, earlier this year announced plans to merge with Essilor, a French giant with a reported 13% share, in a $49 billion deal.)

But in the realm of cool, the big companies still have plenty of competition from edgy little indie brands. Quay Australia, for example, a favorite on the festival circuit, just announced a collaboration with Kylie Jenner, a four-style collection called The Quay x Kylie, launching later this summer at around $75. Perverse and  Krewe are coming on strong, for example, and brands like Westward Leaning and Wild Soul incorporate cause-contributions into their marketing.