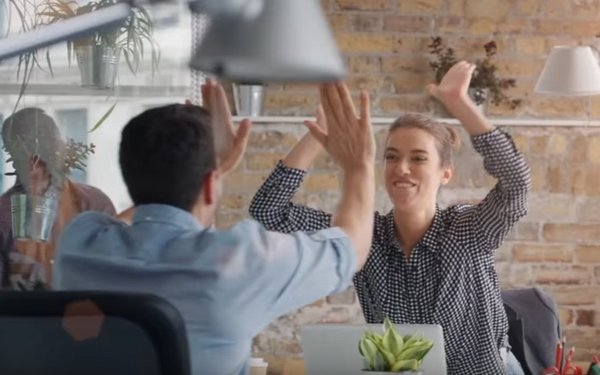 While recent retail wars have been especially hard on office supply chains, Office Depot hopes a new campaign can help it fend off the e-commerce onslaught. The new ads feature the classic “Takin’ Care of Business” song as young, creative and decidedly non-corporate workers get stuff done. The new campaign is from Zimmerman Advertising, and ads are scheduled to run on national TV and radio, digital channels, social media, as well as in stores and in direct mail efforts.

Diane Nick, SVP of marketing for the Boca Raton, Fla.-based company, says Office Depot started using the 1973 Bachman-Turner Overdrive hit back in the 1980s, “and we’ve used it on and off for years, building brand equity with the song.” She says it hatched the new brand positioning, which tells customers that “you take care of business, we take care of you,” after extensive testing with some 2,000 participants. With an emphasis on shoppers in small businesses, college students and parents, she says they described the effort as “for people like me,” “fresh” and “innovative.”

And despite the fresh faces in the ads, she says the company isn’t necessarily reaching out to Gen Y. “We’re targeting a broad audience of small business owners and consumers. Moms and dads have business to take care of whether by helping their kids with schoolwork or staying organized at home. Small business owners are taking care of running their own businesses. Students have to take care of classes, internships, clubs and organizations. People are busy these days, and they’re looking for ways to be more efficient and resourceful,” she says while admitting that it's encouraging that Millennials responded well to the campaign.

The voiceover reminds people that “taking care of business is not for the faint of heart,” and the same has to be said of the retail office-supplies landscape.

In its most recent quarterly results, Office Depot last month said sales fell 7% to $2.67 billion. And while it announced progress in its plan to focus on North America, selling its South Korean operations and announcing plans to sell units in New Zealand and Australia, North American sales also took a hit, with same-store results falling 5% to $1.36 billion. The company says some of the declines in its contract business stemmed from its long—and ultimately futile—attempt to merge with Staples last year. (The merger was blocked by the Federal Trade Commission because of anti-trust concerns.)

Nick says the company sees promise in the cleaning and break room categories, and that its 1,400 locations provide a logistics network for ship-to-store e-commerce orders. “Our buy online, pick up in-store program has been successful,” she tells Marketing Daily. “We continue to see growth in this area as customers appreciate simplicity and convenience. Not only does [it] make it simple for our customers to shop when and how they want, but this offering has been incorporated into the company's back-to-school strategy. We anticipate seeing even more of this shopping behavior during our back-to-school season because of the additional exposure [it] will receive in our TV spots.”