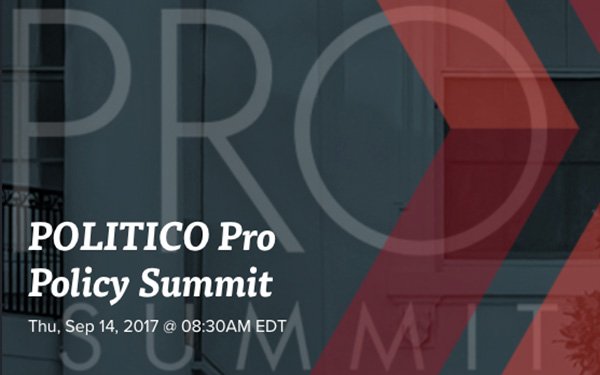 Politico has announced its first Pro Policy Summit will be held on Sep. 14 in Washington, D.C., exclusively for subscribers of Politico Pro, its premium policy-focused subscription offering.

The summit brings together policy influencers and decision-makers from the executive branch, federal agencies and Congress to discuss policy topics and trends driving long-term strategies.

The Pro Policy Summit will also host innovators whose technologies are driving large-scale shifts in the area.

The event is exclusive to Politico Pro subscribers “at the director-level and above,” according to the publisher. Registration will be completed by lottery, “due to high demand."

Politico Pro was created in 2011, four years after Politico’s launch, to focus on major policy areas domestically and internationally.

All panels at the Pro Policy Summit will be live streamed for Pro subscribers and made available to the rest of Politico’s audience at a later date, a spokesperson told Publishers Daily.

In a statement, Politico CEO Patrick Steel said Politico Pro has 25,000 subscribers and more than 4,000 organizations using the product around the world.