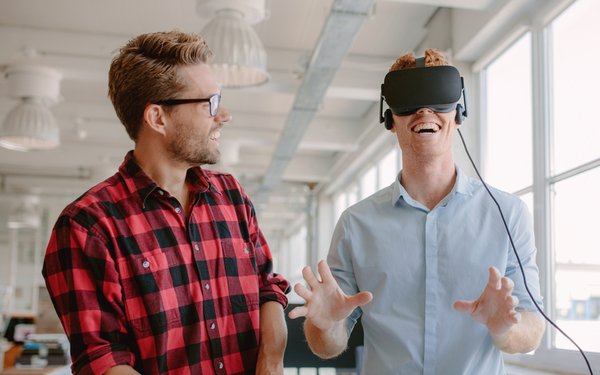 When it comes to accessing advertising on virtual reality and augmented reality platforms, consumers say they want to experience travel destinations, but are most concerned about needing additional software and hardware.

Finding where to view AR and VR ads and using too much cellular data are also concerns, according to a new study.

The study was conducted by Vibrant Media and comprises a survey of more than 3,000 consumers from the U.S., U.K. and Germany.

“Content providers that require additional hardware to view content will only ever appeal to very niche audiences or on very niche occasions,” stated Craig Gooding, CEO of Vibrant Media. “The VR and AR ads that achieve optimum scale and impact are both app-free and accessory-free and are distributed natively from within the trusted, contextually-relevant and brand safe content consumers access via mobile browsers.”

Another recent study by Vibrant Media found that agencies are interested in working on these types of ads, but are focused more on the VR side, as the AI & IoT Daily reported at the time (67% Of Agencies Want To See More VR/AR In Ad Campaigns).

That study, comprising a survey of 43 agency executives, found that more than two thirds (67%) of agencies that have purchased immersive ads for clients used VR. Fewer than a quarter (17%) used augmented reality for such ads.

However, almost half (48%) of agency executives said they believe AR has given a new role to offline advertising, according to that study.

On the consumer side, volume of available AR and VR advertising is at the bottom of the list of barriers to viewing them, according to the new study.

Here are the barriers to viewing AR and VR ads, according to consumers:

About a third (34%) of consumers said they have watched a 360-degree video online. Fewer than a quarter (15%) said they have experienced an advertisement in virtual reality and fewer (10%) said so about augmented reality, according to the study.

However, those who have experienced immersive content seem to enjoy the platforms.

Of those who have viewed a 360-degree video, more than three quarters (78%) said the experience was good or very good.

While consumers prefer to receive AR and VR content from top-level digital entertainment and film companies, they seem to be interested in other areas for the advertising being served on those platforms.

Almost three quarters (73%) said exploring travel and holiday destinations in AR and VR ads would be compelling, followed by experiencing an event (63%) and exploring a house or hotel room (63%).

“We expected consumers would be more interested in ads from entertainment companies than other sectors,” Gooding stated. “However, our researchers seem to have uncovered a surprising prioritization of factual and functional advertising when choosing to view VR and AR ad creative.”