Tumi, AT&T Team To Track Luggage Anywhere In The World 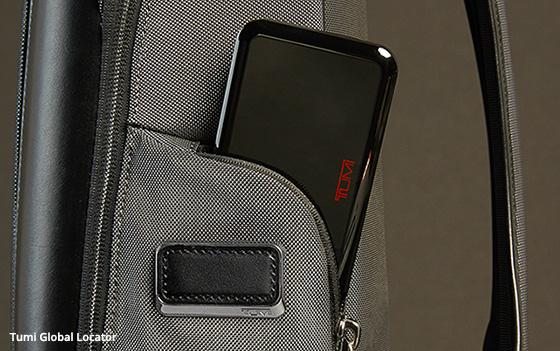 Anyone who flies and checks luggage knows the drill.

You land, meander your way to the baggage claim carousel and wait. And sometimes wait, and then wait some more.

The conveyor belt starts and the waiting changes to hope. As in, ‘I hope my bag arrives.’

At that stage, the lost luggage person still is hoping.

The carousel turns, people grab their bags and the conveyor belt starts to look somewhat empty.

But in a last-ditch bit of hope, the lost luggage person stares at a still-spinning empty conveyor belt, with one last hope that a straggler truck from the airplane will arrive.

Bummer time. Realization hits. ‘My luggage is not here.’

Then it’s over to the baggage service center, staffed by the airline’s beaten-down employee who has heard only bad news and complaints since starting the day.

‘Do you have your baggage claim ticket?’

‘What color is your bag.’

And on it goes until you get your bag within a day or two, typically around 3 a.m., just when you really needed it.

Delta Airlines made some big headway on this arena recently, adding baggage tracking to it app. You can now see that your bag is on the same plane you are. Well, at least you can tell that it got checked in to be put on that plane.

Now a new venture aims to change the picture.

In a rather savvy brand extension, upscale travel goods maker Tumi has teamed with AT&T to launch a device that fills in all the missing links of where your luggage is at any given moment.

The device, about half the size of a smartphone and weighing in at just over four ounces, can be tossed into a suitcase and then track that suitcase anywhere in the world.

In somewhat of a big deal, Tumi and AT&T got the device approved by the Federal Aviation Administration.

In ‘travel mode,’ the Tumi Global Locator powers down on takeoff and remains in idle mode during a flight. Upon landing, the locator automatically wakes and sends a notification to the connected device, informing the traveler of the bag’s location. The bag owner also can activate the sleep mode at any time.

There are two other setting: ‘hotel mode’ recognizes the location of the bag as ‘home base’ and any movements from that location triggers an alert; ‘proximity mode’ uses Bluetooth to tether the Tumi Global Locator in a bag to a mobile device, so if the two are separated, an alert is sent.

The device costs $200, which includes a year of free service. After that, an annual service fee of $50 will be charged by Tumi.

AT&T’s concept of creating an experience that wasn’t possible before is the core of the IoT value proposition.

An airline can scan a bag between two points but it doesn’t necessarily track it all the time. For example, it can tell if a bag left a location, but not that it arrived until it is scanned again, generally using RFID technology.

Tumi products – I’ve been buying and using Tumi briefcases for as long as I can remember – are noted for their quality and longevity and AT&T international wireless service was early in global connectivity. Even with several smartphones on different carriers, I can recall when only my AT&T smartphone would work in Europe and Asia, hassle free. The other phones I carried essentially turned into electronic bricks as soon as I left the U.S.

The next logical move here is for a credit card company like American Express or Citi to underwrite the annual fee for its premium card holders who are heavy travelers and offer it to them as a loyalty bonus.

For tracking the Tumi Global Locator, McConnell said AT&T uses Wi-Fi, Bluetooth, GPS and cellular, and links all of this into its international roaming agreements.

The consumer can use either an Android or Apple device, doesn’t have to be an AT&T subscriber and doesn’t have to do anything other than toss the tracker into a suitcase and start tracking.

A mere $50 a year can take a lot of stress out of waiting and hoping for luggage at the end of a long trip.

It also could be a bright light for that airline employee in luggage claim when you walk in and notify them where, precisely, your luggage is located for them to retrieve.

You may not get your lost luggage any faster, but at least you can have the peace of mind to find it and monitor its way back to you.