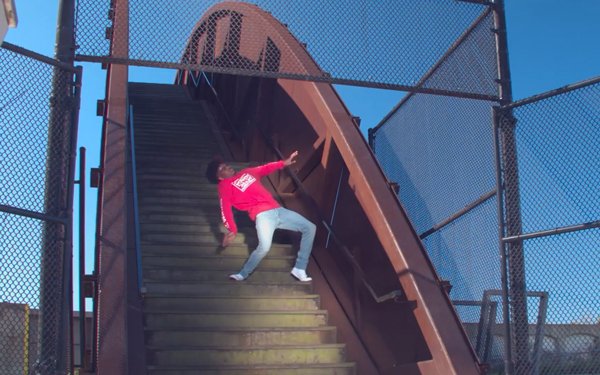 Levi Strauss & Co. is reporting stronger sales, offering the latest evidence that denim is battling its way back from the yoga-pant onslaught. And powered by increased ad spending and increased demand, it’s raising its forecast for the full year. Sales for the second quarter climbed 6% to $1.07 billion, from $1.01 billion in the same period last year, with direct-to-consumer revenues jumping 13%. Net income dropped 43% to $18 million, from $31 million in the same period of the prior year, primarily due to a loss related to debt refinancing.

The San Francisco-based company says it increased advertising spending in the quarter, particularly in the Americas, and credits the sales gains to its diversification efforts and product innovations, such as its dance-stretchy jeans. "Our strong year-to-date revenue growth reinforces the benefits of a more balanced portfolio as our women’s, tops, direct-to-consumer and international businesses delivered solid results,” says CEO Chip Bergh in its announcement.

Innovation—some new stylish or functional twist to trusty denims—seems to be key to appealing to customers these days, according to the latest analysis from the NPD Group. The Port Washington, N.Y.-based market research group says that the U.S. jeans market for both men and women is bouncing back, totaling $13.5 billion in 2016, up 4% from the previous year. But while the true-blue basics, the favorite of men, maintain the volume of sales, it takes something new to appeal to women and drive growth.

NPD reports that newer styles of women’s jeans—those introduced in the last two years—account for about 70% of all the pants sold in 2016. For men, though, the majority of jeans were older styles, introduced in 2013 or even earlier.

“Denim manufacturers and retailers are realizing the importance of striking a balance between giving consumers the features they know and love, and introducing them to some new elements they didn’t know they needed,” writes Marshal Cohen, NPD’s chief industry analyst. “How many more of the same style jeans do women need? Why should men, who are less likely to gravitate to new and different product, change for the sake of change? The denim market needs to find ways to break consumers of comfortable shopping habits with new product offerings that are worthy of both the change and the spend, ultimately driving the market forward into its rightful place of strength.”

It isn’t easy: Earlier this week, True Religion Apparel, known for its high-end denim, filed for bankruptcy protection, squeezed by both the trend toward e-commerce and fashionistas’ growing fondness for affordable denim from chains like H&M and Zara.