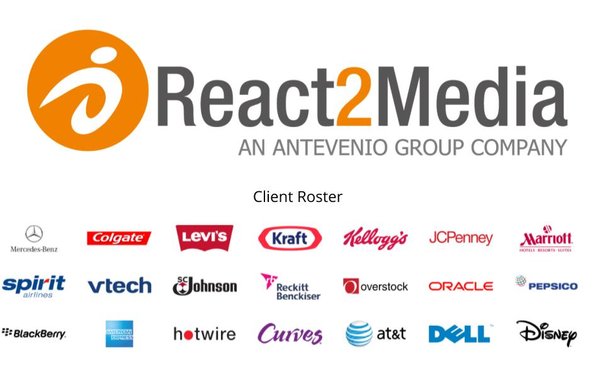 ispDigital a primarily ad technology holding company backed by Spain’s powerful Rodes Family, has acquired React2Media via one of its companies, Antevenio.

ispDigital, which is best known in the U.S. marketplace by programmatic media-buying platform Digilant, will provide a toehold in the U.S. market for Antevenio, which has a major presence in Europe and Latin America.

React2Media, which is the second acquisition by ispDigital so far this year, following its deal to acquire Anagram in March, signals the importance of rolling up a presence in the U.S. marketplace.

Based in New York City, React2Media is a pure-play digital marketing agency, specializing in performance marketing.

As part of the deal, Antevenio agreed to buy 51% of React2Media’s capital, with the balance held by the three executives of the agency: Founders, Alexander Schaller and Jordan Galbraith, and Chief Revenue Officer Casey White, who agreed to remain with the company for at least three years