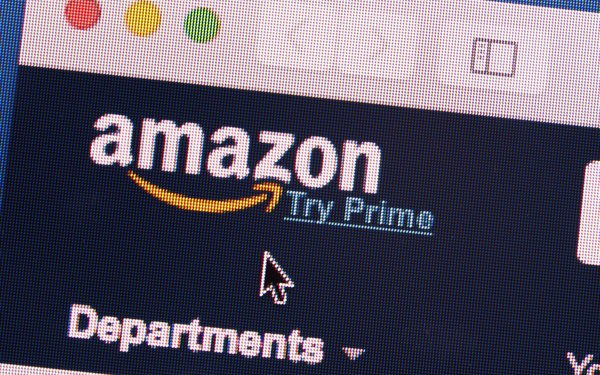 Amazon, Google and Twitter, along with hundreds of companies, sent a message Wednesday that net neutrality rules protecting the open internet are in danger of being dismantled by the Trump administration and new FCC head Ajit Pai.

Rules currently in place ensure new and existing services, such as search, whether offered by an established internet company like Google, a broadband provider, or a small startup, have the same ability to reach users on an equal playing field.

Airbnb, Reddit and dozens of others also joined in protest, putting notices on their websites urging visitors to protect the internet and ensure free and open browsing.

The Day of Action campaign, meant to educate the public, aims to stir grassroots support for the FCC's net neutrality regulations passed in 2015.

The regulations have meet with controversy after the FCC changed the classification of broadband to treat services like a public utility. A proposal introduced in May would return broadband to its previous classification and eliminate rules that exist today.

AT&T hides behind the FCC Chairman Genachowski’s Open Internet Order from 2010 in an effort to appear as though the company supports net neutrality. "AT&T has long embraced this bipartisan regulatory approach because it has advanced internet freedom and openness without sacrificing innovation, investment and rapid growth throughout our nation’s online ecosystem," Bob Quinn, senior executive vice president of external and legislation affairs, wrote in a post.

"With its 2010 Open Internet Order, the FCC tackled the core issues of blocking, throttling, and anti-competitive paid prioritization that stood at the center of the open internet debate and addressed the prominent concerns of online consumers," Quinn explained.