Driven by a surge in mobile consumption, the “online” video advertising marketplace will become “mobile first” by 2018, according to an update of a long-term forecast released this morning by Publicis’ Zenith unit.

“Videos viewed on fixed devices are displayed on larger screens, and often in less distracting environments, than those viewed on mobile devices. They are more effective at conveying brand messages, and so command a price premium from advertisers,” the report finds, projecting: “By next year, though, that will no longer outweigh the higher volume of mobile video viewing, and mobile video ads pend - at $18.0 billion - will overtake fixed video ad spend – at $15.0 billion.

The shift appears to be driven more by changes in consumer consumption patterns than by a desire by marketers to run video advertising on mobile devices.

Due to a combination of factors including increases in content, greater distribution across social media platforms, and improvements in mobile bandwidth and video compression technologies, the amount of time the average consumer spends with video will rise 20% this year to 47.4 minutes daily.

That surge is being driven by a 35% increase in the amount of viewing done on a mobile device, which Zenith projects will reach 28.8 minutes daily this year.

Viewing of video on fixed devices, conversely, will rise just 2% this year to 18.6 minutes daily. 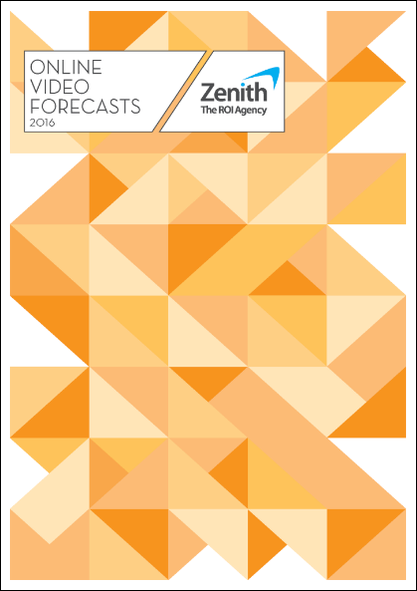