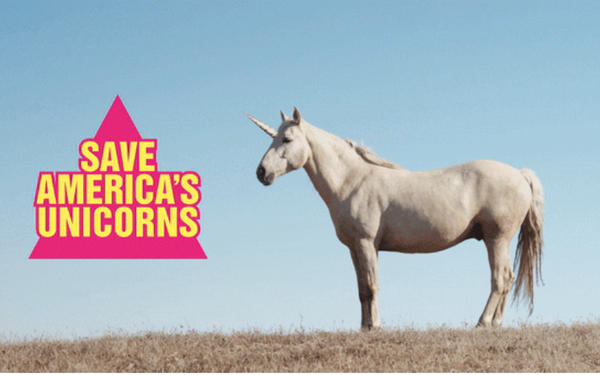 A unique creative campaign aims to bring awareness to the plight of wild horses. The animals could soon face slaughter if legislators vote to halt their protection.

The campaign, which includes a 90-second video, was created by Sasha Markova, former global creative director of Mother London. Markova created the campaign pro bono because of her passion for these animals and this story. She's starting a new company called Gangs of Kosmos to tell stories that matter in a new way, according to a spokesperson.

"Gangs of Kosmos aims to reconnect people to the world around them through magical, intuitive storytelling," according to the agency's boilerplate. Save America’s Unicorns is their first piece of work. Markova previously ran the accounts Headspace, Stella Artois and the Academy Awards for Mother and also worked on the Mother brand.

Markova called upon Human, a global media platform, which also donated their time and services, to create the video components. The video has thus far been viewed more than 37,000 times on Facebook.

Today, the U.S. House of Representatives will vote on a bipartisan provision included in the 2018 Interior budget which will seek to change historic language forbidding the slaughter of healthy and adoptable mustangs and authorizing their slaughter. This is the biggest threat America's wild horses have faced in 20 years, and if passed, private oil and meat companies will profit by utilizing the land and selling American horse meat in China and Russia, according to a spokesperson.

The campaign, Save America's Unicorns, reimagines these wild horses as unicorns. The campaign utilizes the current unicorn fever pitch — because, if this bill passes, America's wild horses will be slaughtered to extinction levels, making them about as mythical as unicorns.

The aim of the effort is to inspire viewers to call their legislators and urge them to continue to support the ban on horse slaughter and oppose any provisions that allow the bureau of land management to kill wild horses or sell them to someone who will.

Viewers are also invited to share a whimsical GIF comparing horses to unicorns on social media with a link to the site and the hashtag #SaveAmericasUnicorns. The effort has been promoted via celebrities, including Rainn Wilson.