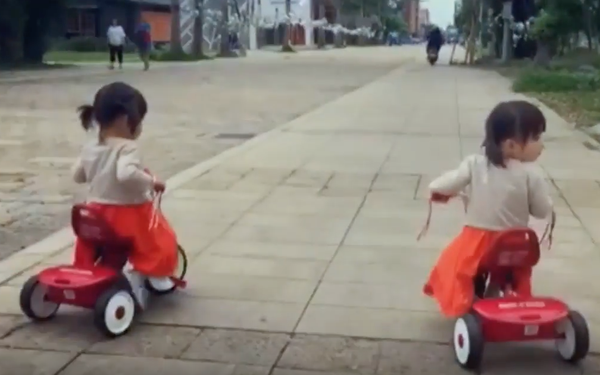 Radio Flyer is celebrating its 100th birthday by paying homage to the millions of families who have enjoyed its products.

Current Marketing created a video that brings to life the theme of “Time Flies, Enjoy the Ride.” The video celebrates the company’s guiding principle, which is to bring joy, says Radio Flyer CEO Robert Pasin.

Creative, which features a snapshot of everyday childhood moments, was inspired by parents worrying about time flying by and not creating enough memories. The video is live on Radio Flyer’s YouTube channel and on Facebook.

“Through the video, we are saying thank you to Radio Flyer fans (that includes kids, parents and grandparents) for letting us be part of their past, present and future, and encouraging them to savor the moment and remain kids at heart,” Pasin tells Marketing Daily.

Besides the video, the company has created a year-long campaign, he says.

“It brings to life Radio Flyer’s deeply rooted brand identity of outdoor play, bringing smiles to kids of all ages and creating warm memories that last a lifetime,” Pasin says.

Last week the company celebrated its 100th anniversary milestone in its hometown, Chicago, by rolling out what it is calling the World's Largest Wagon on Michigan Avenue. Celebrations will continue throughout the year with new product launches.

The company kicked off centennial celebrations in March with a pop-up travel agency for kids, Radio Flyer Adventure Travel.

The film is inspired by generations of kids whose imaginations have taken flight with Radio Flyer. In the fictional tribute, what begins as a small boy’s boring day with Grandpa turns into a larger-than-life journey of imaginative play. Through the power of imagination and an epic adventure, a boy learns to be a kid, a father learns to be a dad and a grandfather reminds us all what childhood is about.