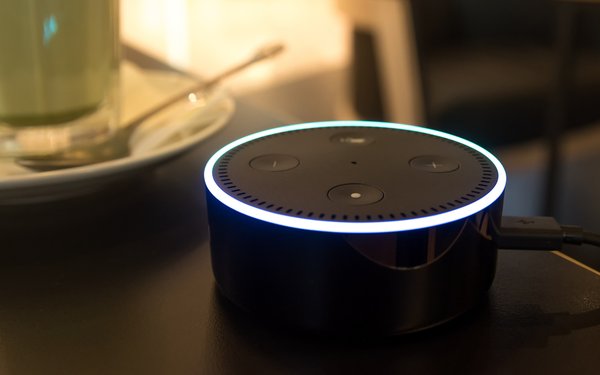 BuzzFeed is introducing a morning news briefing on speaker devices enabled with Alexa, Amazon’s voice-controlled virtual assistant, such as Amazon Echo. The briefing is called “Reporting to You,” the same as BuzzFeed's new slogan introduced in April.

The daily briefing covers social news and breaking news stories, hosted by a different BuzzFeed reporter each day, according to Poynter, which first reported the news.

"We wanted to make something that stood out, sounded different and — most importantly — sounded human," Eleanor Kagan, director of audio for BuzzFeed News, told Poynter. "What we value here is experimenting on different platforms."

For example, news briefings on Alexa target busy people who can activate and listen to the briefing while getting ready for work.

The idea is similar to what The New York Times, The Washington Post and Quartz have done with audio news shows.  In February, The New York Times launched “The Daily,” a morning program hosted by Michael Barbaro. As of June, the show had more than 40 million downloads.

However, BuzzFeed’s morning news briefing is unique in its shorter format; each episode ranges from two-to-four minutes.

BuzzFeed first tested Alexa with a flash briefing of headlines; now the digital publisher will use its own reporters to add color to its audio. (Alexa is most commonly used for daily tasks, such as updating calendars, dimming the lights or playing music.)

The NYT’ assistant editor Sam Dolnick told Politico’s Morning Media of the intimacy audio shows brings to its listener: “In text, reporters are just grey bylines that most people may not even notice. … But in audio, our reporters become personalities, your friends, your guides ..."

“Reporting to You” will also be available on podcast platforms like Apple Podcasts.