King Of The 'Hill' 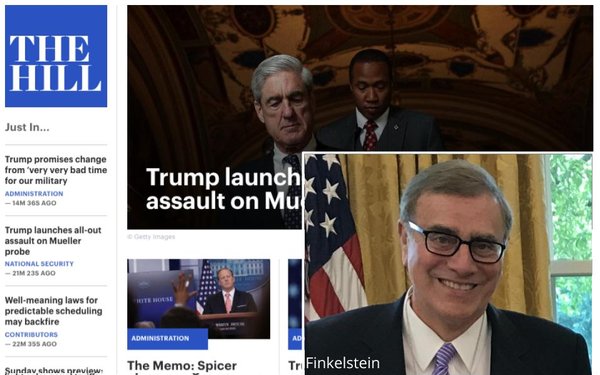 There has never been a better time to cover politics. Ratings are setting records for cable news networks, while subscriptions are rising for major newspapers, like The New York Times and The Washington Post, thanks to piqued interest in coverage of the Trump White House, as well as legislative news on Capitol Hill.

Washington insider publishers are benefitting, too — especially The Hill, which specializes in coverage of Congress, the presidency and political campaigns.

In April, thehill.com delivered 5 million U.S. uniques more than Politico, according to comScore, marking the fourth consecutive month it attracted a larger audience than its two biggest competitors — Politico and Roll Call — combined.

Need more proof that the 22-year-old political journal is the undisputed king of, well, Capitol Hill?

May was a big month for The Hill, with Congress in session and a particularly heavy news cycle. That month, it had 30,396,312 U.S. uniques, 15.6% higher than April’s uniques, according to Google Analytics, and a 118% growth year-over-year. About 40% of The Hill’s traffic comes from mobile.

While he did not give details, Finkelstein said The Hill is profitable. Revenue has doubled compared to last year, especially for programmatic sales. But Finkelstein, the son of the publication’s founder, Jerry Finkelstein, is not resting on its laurels.

In November, The Hill underwent a redesign and introduced a paid subscription product called The Hill Extra. It also introduced several new topic-specific verticals, such as The Hill Extra: Healthcare. And it expanded its opinion section, which now produces about 40 articles a day, doubling what it published a year ago.

The Hill’s digital growth is supported by its original print product, which has a circulation of 25,000.

“People in Congress still like print,” Finkelstein said in an interview with MediaPost Weekend, confiding that the print edition is one of the “most shared” media brands in Congress.

Even so, Finkelstein says he doubts The Hill will still be published in print three years from now.

“There won’t be any print publications in five years, except maybe for fashion,” he said, explaining digital’s superiority as “fast, easy and enjoyable.”

The Hill is also turning its attention more toward video. The company named longtime media vet John Solomon as executive vice president of digital video, and Finkelstein said it plans to hire 20 people in the next four months to strengthen those efforts.

Beckman was CEO of Prometheus Global Media when Finkelstein served as that publisher’s owner and chairman.

Finkelstein is proud of The Hill’s efforts to remain “fair by everyone,” citing a Columbia Journalism Review report that mapped out news publications, based on their conservative or progressive bias. The Hill is smack-dab in the middle of the graphic.

“Everyone is about a balance. Advertisers need to know you are a fair place to place ads,” Finkelstein said.

magazines, news, politics, publishing, washington, dc
1 comment about "King Of The 'Hill'".
Check to receive email when comments are posted.
Next story loading