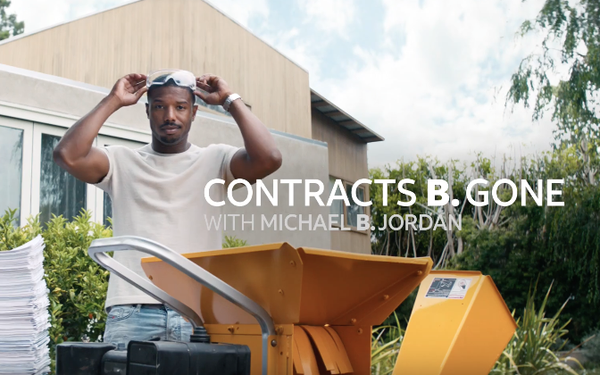 Mark Wahlberg may be AT&T’s voice of the consumer demanding freedom from data overage charges and streaming limits, but it’s up-and-coming actor Michael B. Jordan who is the company’s voice for those looking to truly cut the cord.

“We wanted to take an opportunity to drill down and really focus on DirecTV Now and how it gives you the TV experience you love without the limits of annual contracts or bulky cable boxes,” an AT&T representative tells Marketing Daily. “This campaign is completely dedicated to showing the benefits of the service. DirecTV is rules-free TV. You can stream your favorite live sports, on-demand, premium channels, popular shows and hit movies right to your compatible tablet, smartphone or TV.”

In an overarching spot (from agency BBDO), Jordan takes on the role of consumer advocate (as Wahlberg does in the other commercials), declaring, “We want TV without all that ‘old TV' stuff,” like contracts, hardware, commitments, couches (or even pants). Other spots in the campaign play on the actor’s middle initial with introductory titles such as: “Contracts B. Gone,” “Can You B. Lieve It?” and “Cable B. Ware.”

The DirecTV Now effort is meant to dovetail with Wahlberg’s “Terms and Conditions” campaign, showing the company has a solution for those truly looking to cut the cord, according to the representative. Wahlberg will continue to appear in the main campaign, though the representative wouldn’t rule out the two stars appearing in the same commercial in the future.

“We don’t have anything to share about Mark and Michael appearing in ads together, but we imagine it’d be pretty great,” the rep says.

The ads, which began appearing online and in social feeds on July 24, are timed to take advantage of summer, when people are moving, students are getting ready to go to college and many people are on the go for vacation, according to the representative. The campaign will be supported with out-of-home placements and an iHeart Media integration launching the last week of July.