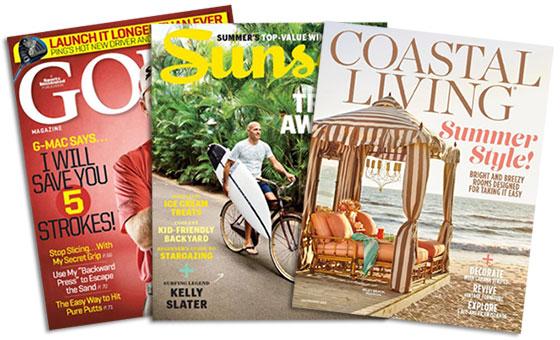 Time Inc. is exploring the sale of three of its titles: Coastal Living, Sunset and Golf.

Time Inc. CEO Rich Battista told Bloomberg the focus is on “the key biggest growth drivers of this company that will move the needle the most. These are wonderful titles and wonderful brands. They’re just relatively smaller in our portfolio.”

Time, Inc. has also hired an investment bank to explore a possible sale of its UK division, according to The Wall Street Journal. The company is reportedly in initial discussions with potential buyers.

In June, Time Inc. announced it was cutting 300 jobs, or 4% of its workforce worldwide, to reinvest resources in other areas, such as video production and expand The Foundry, its custom content studio. Beginning last summer, the publisher has undergone a company-wide restructuring of its business.

Coastal Living, based in Birmingham, Alabama, focuses on home design and travel in communities along the coasts. Sunset, based in Oakland, California, is a monthly publication covering the West Coast lifestyle, while New York-based Golf is under the Sports Illustrated Group.
magazines, sales, travel
Next story loading