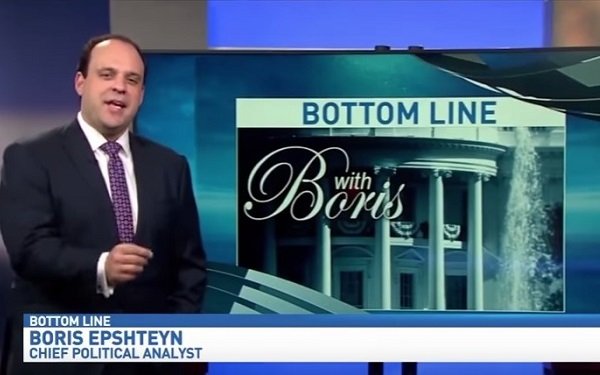 Oh no! cry the media watchdogs -- this company known formally as Sinclair Broadcast Group has a conservative slant to its newscasts. That's a no-no, say the watchdogs, even though many sources of news on TV seem to have a slant these days.

But the problem isn't the slant, of course. It's the conservative slant. Sinclair is in the media watchdogs’ crosshairs because it is the largest single owner of local TV stations in the United States in terms of the number of properties the company owns. Many of the stations have local news.

This Maryland-based company has been the largest TV-station owner for quite some time, but is only now drawing the attention of media critics and John Oliver because Sinclair is in the midst of finalizing a deal to buy all of the TV stations owned by Tribune Media Co.

This deal valued at $3.9 billion will not only add 42 Tribune stations to its holdings, it will give Sinclair new stations in markets that are far larger than the ones in which it currently operates, including the top three -- New York, Chicago and Los Angeles.

The merger will create a company with a very large national footprint, theoretically giving it a great deal of clout in the advertising marketplace.

By attaining near-national coverage, the thinking goes, Sinclair-Tribune will be able to compete for the kinds of national advertising dollars that national TV networks, both broadcast and cable, compete for.

Whether this will actually occur cannot be determined yet. This deal, announced on May 7, is wending its way through the regulatory approval process, which means it won't close for a while.

However, since at least two of those top three markets mentioned above are where the nation's media elite are most concentrated (in addition to Washington, D.C., and its surroundings), Sinclair is suddenly on the media elites’ radar.

“Sinclair Reveals Tribune Deal, Raising Worries It Will Be Too Powerful,” read a headline back in May on the New York Times Web site.

This too-powerful complaint is the same one that some news organizations trot out every time media companies merge or grow. It is a ridiculous argument because in today’s fragmented media world, no one entity can achieve the kind of clout these stories always warn us about -- except maybe Facebook or Google.

Last month, no less a personage than John Oliver devoted an entire episode of his HBO show “Last Week Tonight with John Oliver” to complaining about Sinclair.

Oliver paid the lion’s share of his attention to one guy. The man's name is Boris Epshteyn and he apparently has the title of “chief political analyst” for Sinclair.

In this role, he tapes commentaries on current events that then air on various Sinclair stations during their newscasts. That's him doing one of his “Bottom Line with Boris” commentaries in the screen-grab above.

The watchdogs often point out that the local Sinclair stations are being directed (or ordered) by overseers at Sinclair's national headquarters to make sure they insert the Boris commentaries in their newscasts.

The watchdogs make it sound as if this kind of management from a company's national headquarters is unusual or nefarious. It is neither. Nor is it a crime.

The knock on Epshteyn is that he is a former staffer in the Trump White House and some of his commentaries have defended the Trump administration at times when it is under fire from most of the other news media (except Sean Hannity and “Fox and Friends,” presumably).

The watchdog group called Media Matters, for example, has labeled Epshteyn's commentaries as “propaganda” that “toes the administration's line on a given news story.” Whatever.

In the face of this guy's conservative commentaries that the liberal media watchdogs wish to quash, it doesn't seem to ever dawn on them that there are former staff members from numerous presidential administrations all over the news channels today flying to the defense of the presidents they served.

To learn more about the commentaries of Boris Epshteyn, one has to expend no more effort than to search “Bottom Line with Boris” on YouTube.

You will then see dozens of examples of this man's commentaries. Whether you agree with them or not, they are no different than a thousand other such things that you see and hear every day.

Our discussion-media today is a cacophonous melting pot of opinions representing the right, left and everything in between.

I have seen these “too-powerful” arguments arise time and time again over the course of my 34-year career covering television.

As a result, I have come to the conclusion that a company such as Sinclair could own a million stations and the commentaries of Boris Epshteyn would not be any more influential or watched by a bigger audience than any number of other commentators from MSNBC to Fox News Channel.