Coca-Cola Turns To Crowdsourcing Contests In Quest For New Sweeteners 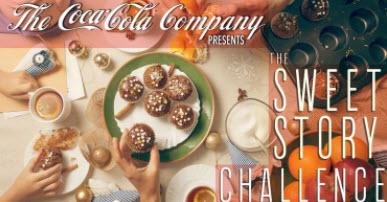 Coca-Cola has launched two contests on the crowdsourcing platform HeroX — one for consumers and one for scientists and researchers — to seek out ideas and possible new sources of low/no-calorie natural sweeteners.

The “Sweet Story Challenge” is encouraging consumers around the world to share stories about sweeteners derived from plants other than stevia or monk fruit (or sugar cane, of course).

“We invite you to share stories and videos about those plants and plant sweeteners that you or those in your culture or community have commonly used, or commonly use, in everyday life,” says the contest copy. “We do not want you to taste, consume, or obtain samples of any substance that you have never consumed before. In fact, The Coca-Cola Company is expressly advising participants not to taste, consume or provide samples of any novel substances. Any submissions that cannot demonstrate a history of the sweetener’s use will be disqualified.”

A total of $100,000 will be awarded, including up to five individual or team winners, with winners announced in December.

The Coca-Cola Company is “constantly innovating and refreshing our portfolio to meet the consumer’s tastes and lifestyles, and we know that amazing ideas can come from anywhere,” states the copy.

The second contest challenges researchers and scientists to “find a natural, safe, reduced, low- or no-calorie compound that generates the taste sensation of sugar when used in beverages and foods” (again, not derived from stevia or monk fruit). “The substance must perform as well as sucrose (“sugar”) in most attributes — taste, performance, safety, cost and consumer perception/acceptance,” states the copy. “The Coca-Cola Company will independently seek regulatory approval for use of the substance in food and beverages from the relevant regulatory authorities in various countries.”

Why take this rather unusual approach to finding new ingredients?

While it’s of course true that Coca-Cola continually seeks to innovate, it’s also true that beverage and food makers have been on a quest for the ideal sweetener for decades now.

And that so far, one that has zero or nearly zero calories, with the taste of cane sugar and no aftertaste, has remained elusive.

Regardless of being cleared by the Food and Drug Administration, all artificial sweeteners in use today — including saccharine, sucralose and aspartame — are avoided by many due to concerns about health effects.

Stevia — the zero-calorie sweetener derived from the plant of that name and marketed as natural — has a bitter aftertaste, though biotechnology researchers and their food/beverage company partners, including Coca-Cola and PepsiCo, keep working to find blends of natural ingredients that beat that problem.

Also, as noted in a recent Fortune article, “calorie-free natural sweeteners…have not been cleared of all of the risks some researchers attribute to artificial ones — messing with gut bacteria, causing metabolic dysfunction like glucose intolerance, and leading people to overeat.”

Further, like artificial sweeteners, those derived from plants, including stevia, monk fruit — and even packaged cane sugar — require processing, which means that describing any of them as “natural” is debatable.

Yet, today's consumers are demanding not just safety and sugar-identical taste; they now expect this nonexistent miracle sweetener to be natural or “clean.”

"Think of food companies’ plight this way: The finest scientists in industry have spent decades trying to find or invent a no-calorie sweetener that tastes and feels as good as the stuff extracted from pure cane,” sums up the Fortune piece. “And now, after they largely failed to master that complex, arduous task, the level of difficulty is being raised even higher: This improbable concoction cannot appear to have been engineered by scientists.”

One executive involved in the search for the ideal sweetener, quoted in the article, put it this way: “Whatever tastes sweet, we’re going to grab and send in for analysis.”