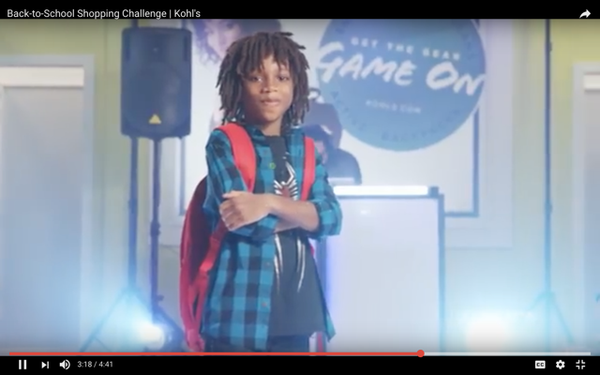 Macy’s, which just released yet another quarter of declining sales, says it is counting on reinvented marketing to win shoppers back to its stores.

“We really wanted to re-engineer the marketing machine at Macy’s and it has a lot of moving parts,” says CEO Jeff Gennette, in a conference call discussing its second-quarter results, with a stronger appeal to both its core customers and occasional shoppers. That means “rebuilding our credibility in fashion, with a new campaign that will launch at the end of September.” It has also led to a closer reevaluation of media weight, shifting more of the TV budget into print and digital.

And a new loyalty program, set to debut the first week in October, will reward the 10% of customers who account for 50% of sales.

It’s also upbeat about Backstage, its off-price concept that is currently in test. In locations where it operates as part of a Macy’s store, it’s added 6% to sales, Macy’s executive says, and that shoppers love both its sales prices and the “treasure hunt” aspect of deal-finding.

Macy’s total sales for the second quarter fell 5.4% to $5.55 billion, while comparable sales slipped 2.8%. Operating income climbed to $254 million, compared with $117 million in the second quarter of last year. Women’s shoe and jewelry results were particularly strong, while beauty continues to be a weakness.

But its outlook is still pretty gloomy: Macy’s affirms that for the full year, same-store results will decline up to 3.3% and that the Cincinnati-based chain will have to be more promotional to compete. “We are operating in an environment that is intense and disruptive,” he says in the call. “Our shoppers have more options than ever.”

Kohl’s second-quarter report hits many of the same themes. Same-store sales dropped 0.4%, and total sales eased 1% to $4.14 billion. Net income rose to $274 million, from $157 million in the same period a year ago.

While this marks the 10th quarter of declining sales at Macy’s and the sixth for Kohl’s, experts say that overall, retail sales are healthy. A new report from Forrester points out consumer confidence is strong, and spending has increased 3.8% so far this year, better than the 3.6% year-over-year growth rate for all of 2016. It expects online sales to grow at steady 13% compared with last year, and says Amazon accounts for roughly a third of all online consumer spending.

So underperforming retailers can’t blame consumers, writes Brenda Witcher, its retail analyst. Their “main sins,” he says, are “unresolved pain points, undifferentiated experiences, decisions based on opinion rather than data, focusing on product assortment instead of customer experience and an unwillingness to significantly change their organizations.”