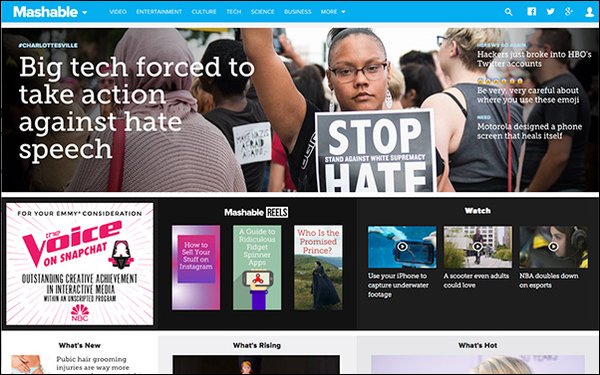 “We have hired a bank,” Mashable said in a statement to Bloomberg. “And as we have said in the past, we hired them to raise capital from a strategic partner or a financial.”

The bankers may also explore a possible sale of the online media company, sources told Bloomberg

The company said Tuesday it hired LionTree Advisors LLC months ago. Bloomberg reports Mashable is not in conversations about a sale, but sources told the publication the company is exploring strategic options that may include a sale.

In March, the company announced a $15 million funding round led by Time Warner’s Turner Broadcasting. Mashable said it would use the funding and partnership to develop video.

In June, Mashable hired Michael Branch as its first vice president of sales for the East Coast to oversee the company’s largest sales team. Mary Gail Pezzimenti was also tapped in June to become Mashable’s first head of branded content.

Mashable did not respond to requests for comment at press time.