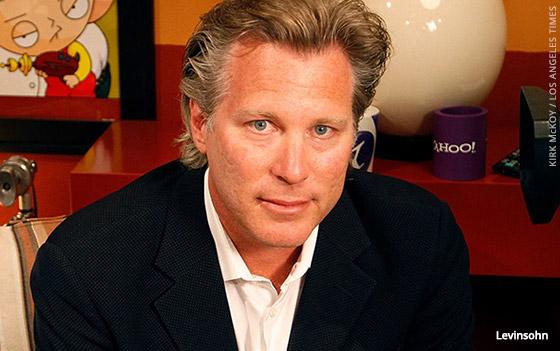 Justin Dearborn, the CEO of tronc (formerly Tribune Publishing and owner of eight other daily newspapers) told Poynter the firings were necessary to give Levinsohn an opportunity to bring in a new team to support his vision for the Los Angeles Times.

"We don't do it lightly, but he's got to build a team with a digital-first mind-set to maintain the integrity of the great journalism we do here," Dearborn told Poynter.

Levinsohn is a veteran media executive, though he has not dabbled in newspapers prior to this position.

He has served as interim CEO of Yahoo, as well as the CEO of Guggenheim Digital Media, which published Adweek, The Hollywood Reporter and Billboard at the time. He is cofounder of the strategic advisory firm Whisper Advisors. He was also president of Fox Interactive.

In a memo to staff Monday, Levinsohn wrote: “My priority is to help ensure the Los Angeles Times continues to flourish and becomes an even more aggressive, competitive and sustainable organization. I am confident that together, we will accelerate the Los Angeles Times’ evolution and the digital transformation of tronc and produce its next stage of growth.”

Former Chicago Sun-Times editor-in-chief and publisher Jim Kirk has been named interim executive editor of the Los Angeles Times. He left the Sun-Times last week to become SVP, strategic initiatives of the digital division of tronc.

Kirk replaces Los Angeles Times top editor and publisher Davan Maharaj. Maharaj had served as the LAT’s top editor since 2011, and added publisher to his title in 2016. He has been with the paper since 1989.

“During the last 28 years, it has been an honor working with the best journalists in a great American newsroom,” Maharaj wrote in an email statement to coworkers. “They are indomitable, and I wish them well in their continued fight to serve our community. I’m proud of the work we’ve done.”

Some may rememberLos Angeles Magazine's scathing profile of the Los Angeles Times in its December 2016 issue, called “What’s the Matter with the L.A. Times?”

The story, written by contributing writer Ed Leibowitz, primarily blamed Maharaj for the paper’s troubles, portraying him as inexperienced and disrespectful and fostering a hostile newsroom environment.

Maharaj gave a brief statement to Los Angeles Magazine at the time, saying he had to make “difficult decisions” in his five years at the helm, and that running a newspaper “isn’t a popularity contest."

Kirk will lead the search for a new editor-in-chief.

In June, the LA Times offered a round of buyouts to its experienced, nonunion staffers in an effort to meet a “challenging” year for the newspaper and the news industry.