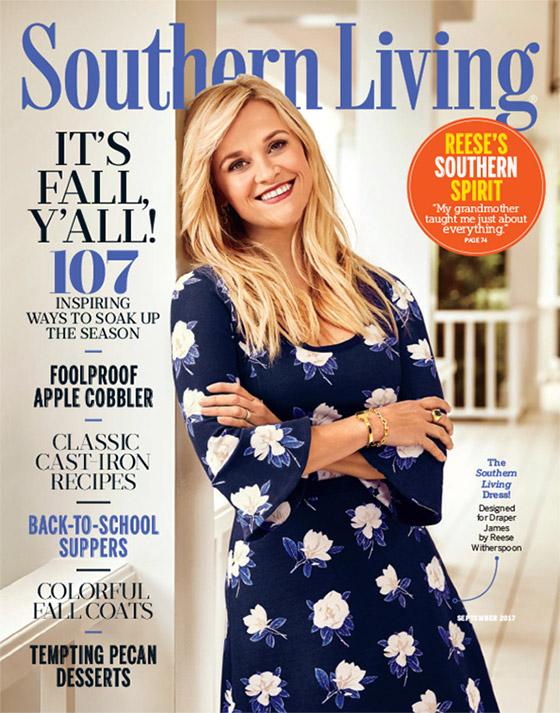 The issue, which hits newsstands August 25, features Witherspoon wearing the magnolia-printed navy dress. The magazine includes a feature on Witherspoon and her “Southern spirit.”

“Even as Reese has become one of the biggest stars in Hollywood, she’s never forgotten her Southern roots, and that’s just one of the reasons we love her,” stated Southern Living editor-in-chief Sid Evans.

The limited-edition dress retails for $195 and is available online and in Draper James stores starting today. It is a knit dress with a fit-and-flare silhouette, peplum sleeves and a grosgrain waistband. The classic magnolia print proved popular for Draper James in its first season and inspired the pattern of this dress design.

Southern Living has a varied inventory of licensing partnerships. In April, the brand introduced a line of ready-to-eat meals in partnership with Perfect Fit Meals called "Southern Living Kitchen " in select stores across the South.

Last fall, Southern Living opened a branded retail store in Myrtle Beach, South Carolina, the first of many to open this year. It features items from local Southern artists and producers, as well as Southern Living’s own products, such as its cookbooks.

Southern Living is based in Birmingham, Alabama, and claims to reach more than 23 million people each month.