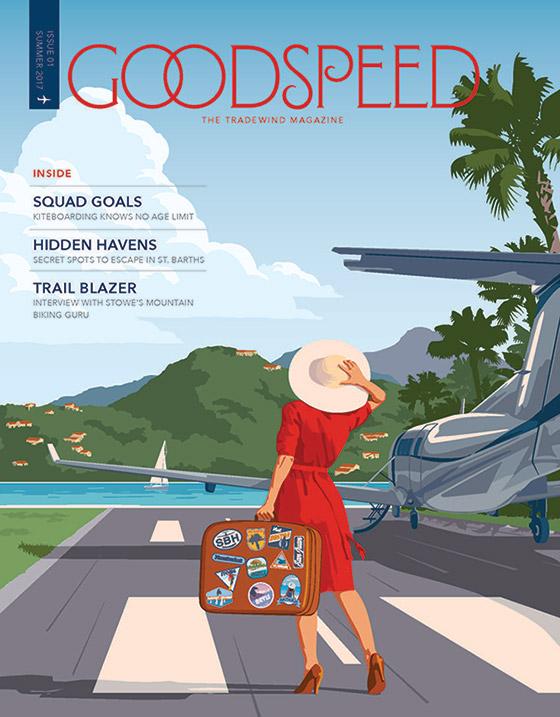 Goodspeed, a new quarterly airlines magazine, launched August 13 on Tradewind Aviation, a boutique airline. The magazine is placed on the seat of every flight; its current circulation is 52,000.

Tradewind Aviation flies 15,000 flights a year from its base at the Westchester County Airport in New York and Luis Munoz Marin International Airport in Puerto Rico.

“We hope to entertain our readers and ensure they land informed and up-to-date,” she says.

Tradewind Aviation president Eric Zipkin named the magazine for Goodspeed Airport on the shores of the Connecticut River. He worked there as a seaplane flight instructor, long before his dream took off.

The Tradewind caters to upscale flyers. Both business and leisure travelers are provided shuttle service on private jets with single-leg tickets starting at $295. It also provides private-charter service beginning with a $50,000 deposit.

Ziplin stated the magazine is one “our guests will appreciate as we make ‘goodspeed’ toward their destinations.”