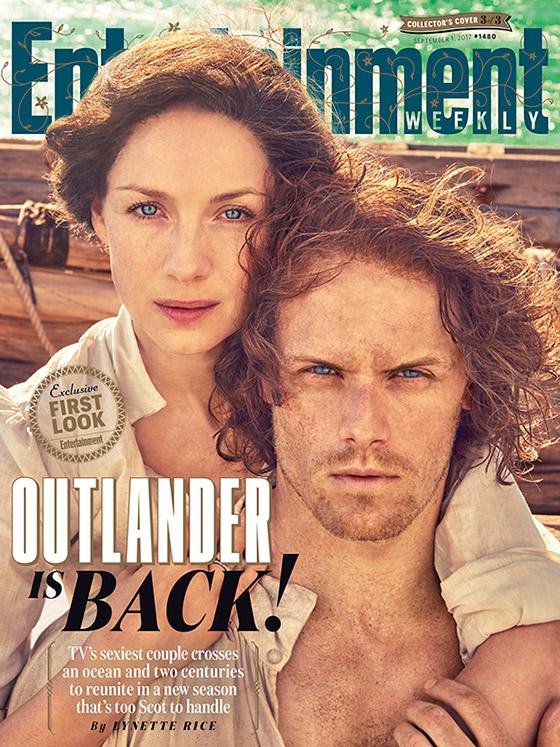 Pop-culture magazine Entertainment Weekly is redesigning sections at the front of the book, starting with its September 1, 2017 issue, out on newsstands today.

The revamp focuses primarily on Entertainment Weekly’s “Must List,” a curated section of the top 10 recommendations of the best TV, film, books and music of the week. It is one of EW’s most popular sections among subscribers and readers.

Creative director Tim Leong told Publishers Daily: "We thought, let’s double down on what they love and give more of what they want."

The new "Must List" design is graphic, bold and full of bright photography. It will still feature 10 items, but it has expanded to six pages, rather than the usual two or three.

It features more information, sidebars and interviews to go with each recommendation, such as Q&As, graphs, charts and playlists. The 10th item features a streaming recommendation.

“We wanted to add a strong editorial service to [the recommendations] and not just expand the 10 things,” Leong said. He has served as creative director for about two years now and at EW for over three.

That means more context and perspective to the “Must List." Instead of just recommending a podcast, the list will also point out the one episode listeners need to check out, or recommend a TV show and mention the book it is based on.

While it formerly lived only in print, the section will also appear on EW.com each week.

This redesign means EW's “News & Notes” section will be scrapped. Instead, the “Must List” will be followed by two, longer format news stories, each taking up a full page.

Leong said the challenge is “how to come up with a piece of content that still has voice and perspective by the time it hits newsstands.”

“That is the value of one-page news stories,” he added. “We can say a little bit more than what we might have been able to say online. It adds extra voice and extra perspective.”

These changes follow a redesign at the back of the book that began two years ago, which Leong called “house cleaning,” to simplify and streamline the look and feel of the magazine.

“Print is definitely still relevant for us because we can bring a certain level of fidelity to the magazine, to the design, to the editorial. That marriage of text and photography and design — you can do that at the highest level in print,” Leong said.