Fox Kicks Off :06 Units In NFL, Other Programming This Fall 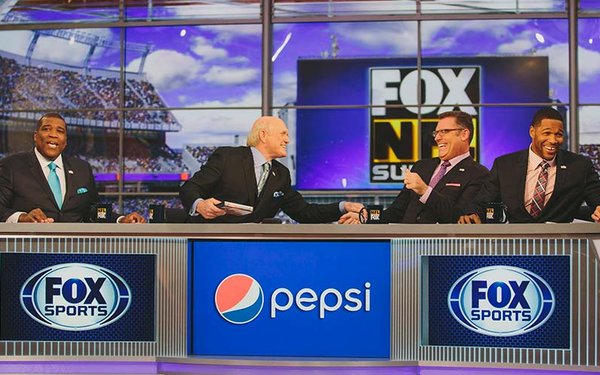 Fox, which last month announced plans to begin testing six-second ad units, has decided to roll them out in some of its most premium inventory: its coverage of NFL games.

The announcement, which broke Wednesday in a New York Times story interviewing Fox Sports President Eric Shanks, said the new short-form ad units would also be offered in other Fox programming this fall.

In a statement released early this morning, Fox said :06 units would be available across its sports portfolio, including a “limited number” aired during NFL and MLB coverage on Fox and college football and MLS coverage on FS1.

The units will debut Sept. 10 on Fox’s “America’s Game of the Week” show.

Fox said the units will utilize a variety of formats, as part of “a shorter commercial load or in-game execution, designed to most seamlessly integrate with each type of sport.”

Fox did not say how the units would be priced, or what their impact is, but Fox has already begun testing the units in its airing of the “Teen Choice Awards” last month.

Historically, when television networks have introduced new short-form ad inventory, they priced the units proportionately based on their length, although their perceived impact was purported to be worth more.

When :15s were being rolled out as stand-alone inventory, research at the time indicated they were about two-thirds as effective as a 30-second unit, depending on the criteria being measured.

This time around, it appears there is no splitting going on, because Fox is basing the :06 rollout on an established marketplace of those units in digital outlets such as YouTube, where they are a standard pre-roll format.

Part of Fox’s rationale for rolling out :06s is that younger audiences -- particularly the kinds of millennials that have grown accustomed to the format on digital media outlets -- are predisposed to the commercial length.

The rollout coincides with a broader initiative at Fox to create higher-impact advertising units and to test, measure and market them based on how much time consumers spend engaged with them.

While Fox has not disclosed explicit findings of its research, including the “Teen Choice Awards” six-second ad units, the NFL rollout indicates that it is confident enough to place them in some of its highest-demand and most expensive inventory.

"We are committed to building products that outperform for our brand partners and improve the viewing experience for our fans," Fox President of Advertising Revenue Joe Marchese said in the statement, adding, “We have already been collaborating with brands and agencies that understand the need to evolve the model. They are the ones that are going to receive the prime attention and get ahead, leaving behind those that try to make everything fit a legacy TV buying model.”

advertising, broadcasting, football, tv
1 comment about "Fox Kicks Off :06 Units In NFL, Other Programming This Fall".
Check to receive email when comments are posted.
Next story loading