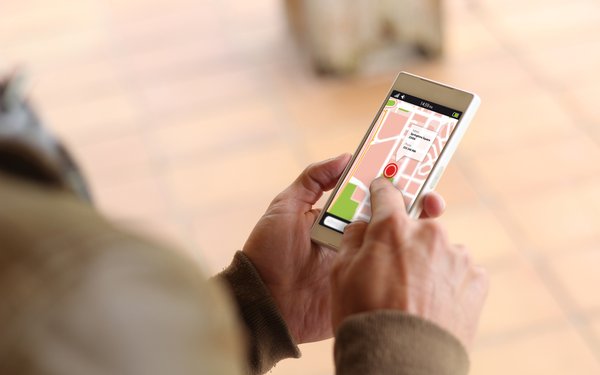 The idea of marketers targeting consumers based on their location is hardly new.

However, the location information has been improving greatly over time, thanks in part to data from various sensors, most notably beacons.

Ad campaigns now are being created based on location patterns, such as how long a person stays in a particular store or fast food restaurant and where they come from and where they go from there.

When it was owned by Qualcomm, beacon-maker Gimbal specialized in large venues, such as sporting arenas.

Late last year, Gimbal was acquired by The Mobile Majority, a Los Angeles-based mobile advertising firm, as I wrote about here at the time (Beacon Maker Gimbal Acquired By Mobile Advertising Firm).

Integration of the two firms is continuing, according to Gimbal CEO Rob Emrich, who gave me a rundown after I contacted him for an update on the Gimbal acquisition.

The big thing for Gimbal at the moment is attribution, linking advertising with where a person goes and how long they stay there.

The concept is to measure whether a certain customer drove by a store or stopped and went in, and if they did, where did they go and how long did they stay,  Emrich said.

“Location is becoming more and more important, allowing advertisers to create micro-targeting campaigns,” Emrich said. “Beacons are a way to be more precise.”

Gimbal uses GPS tracking by geofencing locations along with its beacons, which are linked to apps in more than 35 million mobile devices, Emrich said. “We do targeting and attribution.”

“Customers are asking for attribution and they want to know how well their media is using location,” Emrich said. “They want to know, ‘did someone take an action after seeing this ad?’”

The Mobile Majority already had a media buying platform and Gimbal had a location services infrastructure. The merger of the two essentially created a data and software company, one that focuses on location-based media buying.

Beacons are hardly the end game relating to location tracking in the Internet of Things.

Ultimately, anyone or anything that moves will be trackable. The true value may ultimately be in the aggregate of all that data.