Lesson Of Jemele Hill ESPN Fracas: Keep Your Opinions To Yourself 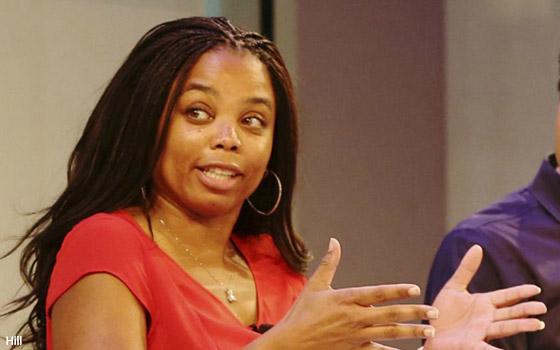 I am not a constitutional scholar, but just a guy who lives in the real world.

And among the things I have learned in my 58 years of life is that the freedoms granted all Americans in our Bill of Rights are not necessarily to be taken for granted in various environments in the private realm.

One of these realms is the workplace. It has been my assumption throughout my career and adult life that unfettered Freedom of Speech (and/or “expression”) is not a right that one should expect to be able to exercise freely in one's place of employment.

Or in the case of media personalities who choose to exercise this right in places you might categorize as being outside the office or under the control of a company -- such as on social media, for example -- employers will have something to say about that too.

That's because if one is a “public” personality -- such as ESPN's Jemele Hill (pictured above) -- statements you make, say, on Twitter, can and do reverberate back to the media company one works for, in this case ESPN.

In the popular nomenclature (including the paragraph above), Hill is often referred to as “ESPN's Jemele Hill.”

Thus, when she posts a tweet in which she labels all of Donald Trump's voters and supporters as white supremacists, it seems natural enough that ESPN would become concerned when it seems as if a member of their on-air staff has insulted a portion of the network's audience.

Hill, 41, is the ESPN personality who got into hot water following the tweet she posted on Twitter this past Tuesday. It read: “Trump is the most ignorant, offensive president of my lifetime. His rise is a direct result of white supremacy. Period.”

I am not sure what set her off on Tuesday inspiring her to write this. But that's the thing with tweets. At a very restrictive length of 140 characters, context and nuance are not exactly big factors in their composition.

Since then, ESPN issued a statement distancing itself from her opinion. And then stories circulated that she had apologized to the company for any embarrassment she might have caused her employer.

On social media, naturally, her “right” to express herself was hotly debated. Some factions called for her dismissal. Others insisted that firing her would violate her right to express herself freely without fear of reprisal or incrimination.

To which I have to ask: Since when have companies been required to tolerate statements and “expressions” issued by their employees when such expressions are detrimental to a company's interest?

Or to put it in much simpler terms: What do Hill's feelings about President Trump have to do with sports? That happens to be the business ESPN is in, and presumably, the reason they hired her and hand her a weekly paycheck -- so she could be a commentator about sports.

Here is a suggestion to her and other public media figures: Use social media for professional, not personal, purposes and you will be fine.

The thing is, a generation of adults seem to now operate under the assumption that social media access gives them a freedom of expression that supposedly supersedes the interests and goals of their employers.

In addition, this generation seems to feel that their “right” to express themselves -- on social media or anywhere else -- is sacrosanct and should not be subject to any negative fallout such as a loss of employment.

In my day, this was never assumed. I have written many times in the context of the media commentaries I write that I have never found my places of employment -- newsrooms primarily -- to be democracies. They are not.

Orders are given from on high, and those underneath carry them out. Once in a very great while, this has even meant adopting an opinion for an opinion column that was not my own, but the viewpoint of an editor who outranked me. (This happened twice to me at the newspaper I once worked for. And I know of one other situation when it happened to a fellow columnist.)

To be outspoken in my objection to this might have damaged or ended my employment relationship. So I just did it. And you know something? Nobody got hurt.

The situation with Jemele Hill reminded me of the story out of Google last month in which an engineer wrote and circulated a 10-page memo in which he griped about the company's emphasis on diversity in its hiring practices.

He was fired, and many people on social media complained that he was denied his civil rights to free expression and speech. To which I have to ask, again: Who asked him?

politics, tv
4 comments about "Lesson Of Jemele Hill ESPN Fracas: Keep Your Opinions To Yourself".
Check to receive email when comments are posted.
Read more comments >
Next story loading