Companies From Large To Small Pledge To Help Hurricane Victims 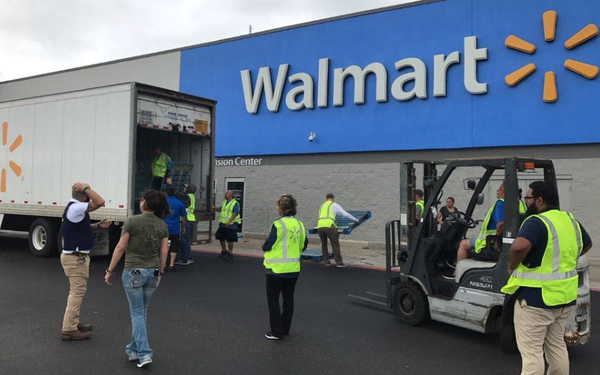 Companies are again opening their coffers to assist victims of the latest deadly hurricane to hit the U.S.

Hurricane Irma produced life-threatening flooding in both coastal and inland cities in Florida, which is now declared a federal state of disaster, joining Texas, hit by Hurricane Harvey on Aug. 25.

Walmart will match customer donations to the American Red Cross two-to-one up to $10 million in cash and products to support hurricane relief efforts. Walmart previously committed up to $20 million after Hurricane Harvey.

Verizon, the Michael & Susan Dell foundation and Apple are joining to underwrite the cost of a huge benefit concert, called Hand in Hand, to be held Sept. 12. PayPal will cover all processing fees for donations made with PayPal on the Hand in Hand website so that 100% of contributions go to relief efforts. Albertsons Companies Foundation and Merck have donated $1 million to the Hand in Hand Hurricane Relief Fund.

Choice Hotels International is donating up to 1,250 free hotel nights to the American Red Cross and Boys & Girls Clubs of America to assist first responders, volunteers and families displaced by recent natural disasters including Hurricanes Harvey and Irma.

Ashley Furniture Industries is contributing products to victims whose homes and businesses were hardest hit by the storm and subsidizing discounts with a combined retail value of over $1 million in both Florida and Texas.

Walgreen's health partner, MDLIVE, a provider of telehealth services, is offering free virtual medical and behavioral care to those impacted by hurricanes.

Several banks announced efforts including BB&T, which is contributing $500,000 to help support disaster relief efforts. Half of the donation will be a cash contribution to the American Red Cross and the remainder will be comprised of eight truckloads of humanitarian supplies, such as bottled water and basic essentials to assist in the recovery.

International Marine has announced a plan to assist boaters. The company will replace at dead cost any electronics or accessories that were lost and will work with boaters to ensure they have the needed documentation for their insurance company. The company, based Boynton Beach, Fla., is asking other marine-related business to join the effort.

Other companies assisting with Hurricane Irma relief include Airbnb, Allergan, Comcast, Eli Lily and Co., Norwegian Cruise Line and Royal Caribbean Cruises, according to the U.S. Chamber of Commerce.

It’s not just people affected by the hurricanes — pets are at risk as well. In order to streamline relief efforts and ensure maximum assistance from the country’s pet care community to those most in need, the Pet Leadership Council has partnered with GreaterGood.org to provide aid to those impacted by both hurricanes.

The duo is managing the distribution of desperately needed items from PLC members, including food, crates, litter, hard goods and veterinary medical products, provided by almost two dozen major brands and retailers, including Mars Petcare, Petco and PetSmart. In the first few days of response, they have either shipped, received in warehouses, or have scheduled to arrive, enough pet food for one million meals along with other critical supplies.