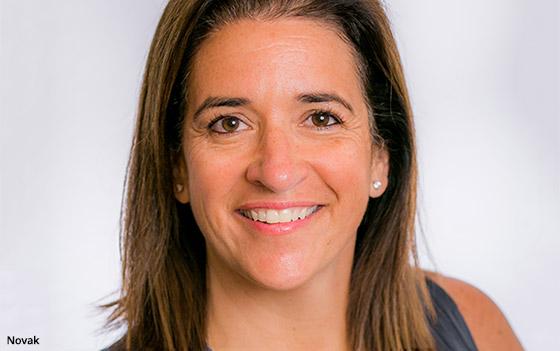 An estimated 50,000 industry insiders will gather in New York for Advertising Week between September 25 and September 29. Meet Mari Kim Novak, president of Advertising Week, the woman leading the charge since May 2017. She previously served as CMO at Rubicon and led global marketing at Microsoft for its advertising business.

Advertising Week has become one of the largest global industry events. For the first time, the event will land in Mexico this November. Novak says opening the event to new cities and countries allows companies to expand their narrative around the globe. Digital Daily News caught up with Novak to get better acquainted with her and to talk about the event, industry trends and technology.

Digital News Daily: What are some of the topics covered at this year's Advertising Week in New York?

Mari Kim Novak: Leadership and culture, storytelling, and the future of media. In New York we will have artificial intelligence, cognitive computing, innovation in retail, and what is active on the minds of millennials.

DND: When you look at technology, what do you find the most fascinating?

Novak: It's not a piece of technology, but the engagement with branding and marketing that has penetrated all parts of the advertising industry. Artificial intelligence is a fancy word, but data is what makes it really interesting, and the ability to pull together and get real, directional answers will change the way we market. … It's really more the power of data and what the data will enable.

Novak:  I think the ad-tech business continues to grow so fast that it's more not fully understood, rather than misunderstood. People will talk about programmatic with a big P." They say "we don't do programmatic" or "programmatic doesn't work.'" Programmatic has such a big definition -- it leaves you wondering what part of programmatic doesn't work. People in senior roles are still in a learning curve. They may have an expertise in the industry, but they don't know the devil in the details. That's one of the challenges. They're experiencing a knowledge gap, not a lack of knowledge.

DND:  Is there a missing advertising technology?

Novak: I don't think we're done innovating. At least I hope not. You can't think of a technology like Facebook until Facebook exists. … Standards and best practices are missing for some technology. They are needed in emerging areas to penetrate more deeply into specific topics. We absolutely have big gaps in certain areas before we can take better advantage in emerging technologies.

DND: What technology would you like to see developed?

Novak: I would like to see a better connection between existing technologies rather than new innovations for innovation's sake. I would like integration between operating systems. More synergy for a seamless experience, rather than a disjointed experience. We need innovation that drives connectivity that can change behavior. … We need standards and best practices for things like cross-screen advertising to know if the campaigns are successful, and it's something the IAB is working on.

DND:What is the best piece of business advice you have received during your career?

Novak: Never look at a mistake as a mistake. It's only a mistake if you don't learn from it. We're so scared of making mistakes early in our career that we stop ourselves from doing things. I was lucky early on to take risks and make mistakes because you learn from them and move on. And since we're in the advertising industry, don’t take things to seriously and laugh a lot. It makes you more creative and innovative.