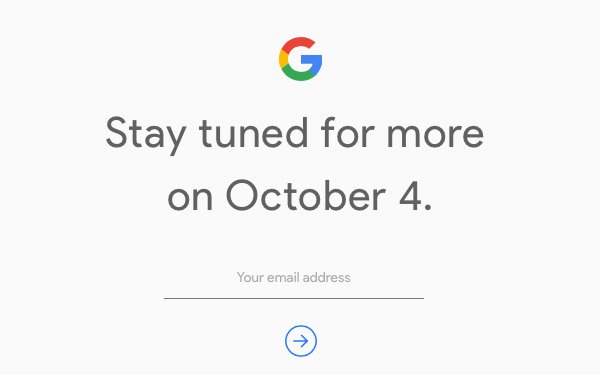 Google debuted a new marketing campaign Thursday, uploading a video on YouTube that teases the launch of its latest phone, Pixel 2, set to debut in early October.

The video highlights the types of questions people ask about their phones on its search engine. It also urges consumers to ask more from a phone.

In the "Funny you should ask" 30-second video, Google says people ask questions such as what's wrong with my phone's battery, why is my phone always out of storage, why does my phone take so many blurry photos, why doesn't my phone understand me, and why can't my phone update itself?

"Why does my phone take such blurry videos from afar" was the question I queried last weekend after attending the Trace Adkins concert at the Los Angeles County Fair.

Along with the video and launch date, October 4, Google set up a new landing page and subdomain, madeby.google.com, and asks consumers whether they are "thinking about changing phones?"

The better the phone, the more consumers want to use it. The more consumers use it, the easier it will become for advertisers to reach potential and existing customers through one of the most successful advertising companies.

Google estimates that more than 60% of searches are now done on a mobile device.

Hitwise estimates that in the United States, mobile search now accounts for roughly 58% of overall search queries based on 11 key categories.

The Pixel 2 is made by HTC, and reports suggest the Pixel 2XL will be manufactured by LG. The Android Police published what appears to be one of the first leaked images of the larger device.

Google will need to step up its game to compete with Apple, which on Wednesday debuted the iPhone X and Apple Watch 3 with cellular capabilities that allow the user to leave the phone at home.

Apple also partnered with Nike and fashion designer Hermes to debut handcrafted leather bands and unique watch faces. Of course, the price rises from the typically $399 all the way up to $1,399.