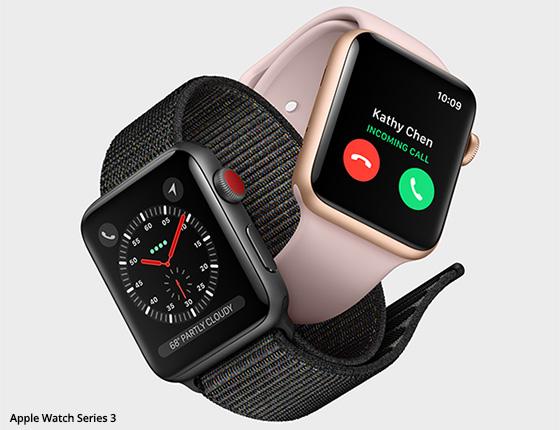 The wrist wearables market is going strong, especially in the category of smartwatches.

Driven by Apple and Android Wear, smartwatches are projected to rule over all other wearable categories for at least the next four years.

Other areas for connectedness include clothing, eyewear and most notably wrist bands, according to the new IDC global quarterly wearable device tracking forecast.

Overall, suppliers will ship 122 million wearable devices this year, a 17% increase from a year ago.

Smartwatches account for more than half (55%) of all wearables, and it’s not going down. Here’s the wearables breakdown by market share this year:

Over the next four years, the market share of clothing and earwear will grow, taking share away from wrist bands, while watches continue to grow.

Earwear, excluding Bluetooth headsets, will be the fastest growing market segment, with 12 million units shipping by 2021, bringing clothing and earwear each to owning 5% of the wearables market.

The big story remains in watches. Watches will increase share of the overall wearables market from 55% this year to 67% by 2021. Watches also will lead by number of units shipped. Here’s the IDC forecast for wearables to be shipped in 2021:

Smartwatches will become even more useful over time, especially as they evolve into standalone connected devices rather than being linked to a smartphone.