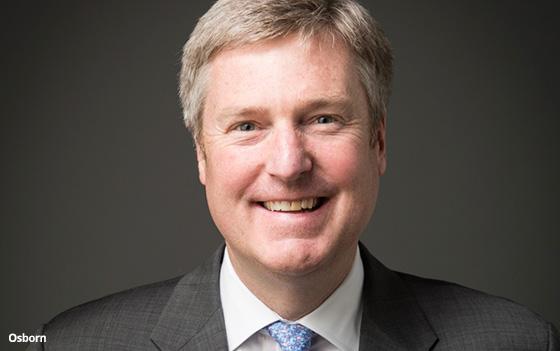 OMD Worldwide is shaking up its top management. The Omnicom Media Group agency has named John Osborn CEO of its US operations. Osborn joins OMD from sibling agency BBDO NY where he was president for nearly 14 years.

Also the agency is getting a new global CEO: Florian Adamski, currently CEO of OMG Germany. He is succeeding Mainardo de Nardis who is taking on the new role of vice chairman Omnicom Media Group.

At BBDO, Osborn is succeeded by Kirsten Flanik who was being groomed for the new role since being appointed president of the New York agency in May of 2016.

The OMD moves are designed to shake the agency out of the doldrums. It's lost a couple of key pieces of business recently including Walgreens-Boots Alliance and Lowe's. With his agency background Osborn is seen as someone who can connect content with context in a way that clients are demanding more in today's environment.

Osborn succeeds Monica Karo, who is shifting to a global role as Chief Client Officer of OMD Worldwide. Client management is seen as Karo's sweet spot.

“At a time when clients are looking for integrated solutions, having agency leadership with experience across the broad spectrum of marketing services is critical to growth and client success,” stated  Daryl Simm, CEO of Omnicom Media Group.

“John’s cross-channel expertise, combined with his skill in creating and leading multi-disciplinary teams, makes him the ideal choice to lead OMD,” added Omnicom Media Group North America CEO Page Thompson.  “He’s a proven and passionate leader who knows how to build the relationships – with clients, with agency partners, and with talent – that build brands.”

Karo was named CEO of OMD U.S. in September  2013. Previously she was CEO at sibling media agency PHD. Prior to taking the reins at PHD, Karo was President of Integrated Accounts at Omnicom Media Group, working with global brands including Apple and Visa. As the new CEO of OMD, she rejoined the shop that she first joined at its inception in 2002.

De Nardis joined OMD as global CEO 2009. Earlier he served as CEO at Aegis Media (before it was acquired by Dentsu) and earlier he was CEO at WPP’s Mediaedge: CIA