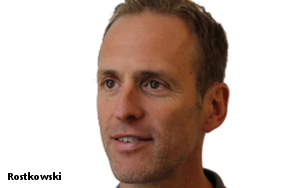 When Paul Rostkowski was head of MDC Partners programmatic advertising unit Varick Media Management, he took pride in the fact that it emphasized the human intelligence of its experienced media marketplace traders, boasting that they regularly “turned their algorithms off” and traded the old-fashioned way: manually. Today, Rostkowski is announcing this launch of a new self-serve programmatic platform that is based 100% on a “highly advanced AI engine.”

The new platform, dubbed Pontiac Intelligence, may use a machine, but Rostkowki says it is still based on human intelligence: his partner Keith Gooberman, who was the top trader at Varick before leaving to form Programmatic Mechanics, which specializes in high-level managed service vs. Pontiac’s automated self-service approach.

Together, Rostkowksi says they represent the best of both worlds, because AI and machine learning can now provide a level of professionalism and sophistication in programmatic media buying, campaign management and creative iteration that was previously only available to big advertisers, agencies and platforms.

“There are still plenty of people who can service General Motors,” Rostkowski explains, adding: “Pontiac is for the smaller guys.”

In fact, the platform has no minimum spending level, and anyone with a credit card can sign up. Rostkowski says it’s perfect for small and medium-sized businesses, especially mom-and-pop or even individual agents of franchisees of big national marketers who control their own local advertising budgets.

He cites a big insurance client that has begun using the platform, enabling local sales agents to manage programmatic media buys that might only involve a few hundred dollars.

Rostkowski is CEO of Pontiac Intelligence, which is a division of Programmatic Mechanics, where Gooberman continues to be CEO. But that doesn’t mean Gooberman isn’t part of Pontiac. In fact, Rostkowski says the AI algorithms that process Pontiac’s programmatic buys were “built to automate and take full advantage of the knowledge base that Keith has.”

Pontiac Intelligence launches at a time when a gold rush appears to be taking place among a wide variety of players -- both big and small -- chasing the so-called “long-tail” marketplace of programmatic media buying that has been dominated to date by companies such as Google and Facebook.

Over the past couple of years, former Madison Avenue heavyweight Alex Bogusky backed Boulder-based Brandzooka to put the power of TV advertising and programmatic media buying in the hands of anyone with a credit card. And earlier this week, Spotify kicked off the Spotify Ad Studio to do the same thing for audio advertising.

“Facebook and Google are great," acknowledges Rostkowski -- "but often, small businesses don’t get the attention they need from them.”

One of Pontiac Intelligence’s points of differentiation, he says, is that it offers a managed service component for businesses that want help in learning how to optimize its self-serve interface and machine optimization.