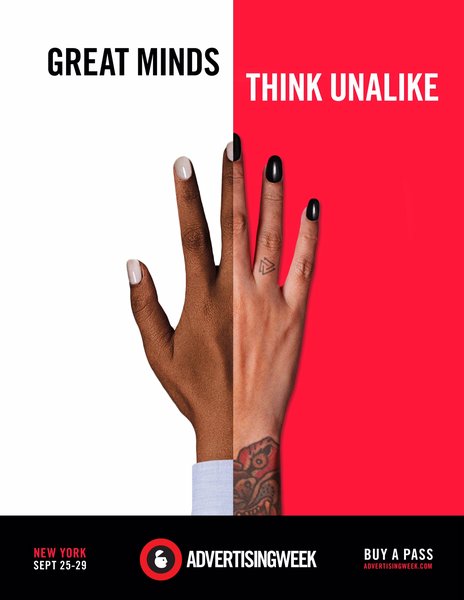 “A hand expresses so much — from our choice of jewelry and fashion, to our tattoos and scars. They reveal our style, our line of work, our story,” said Maya Kagan, associate creative director, BARKER. “This campaign visually embodies differing viewpoints by bringing to life the people behind them, through their hands."

Diversity of course, is at the heart of an ongoing cultural and political debate. And it's top of mind in Adland, where agencies and clients are redoubling efforts to make their marketing teams and messaging more diverse.