Getting Uber Back On Track 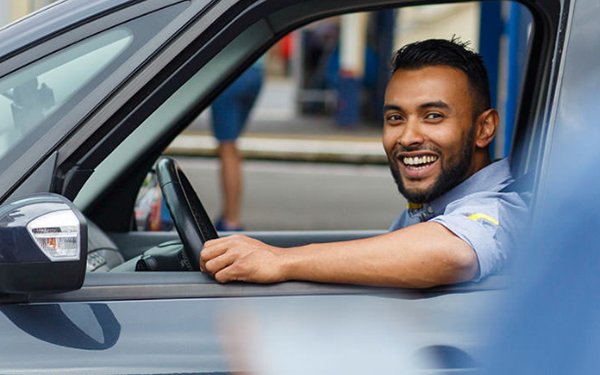 Uber has had a lot of skeletons in its closet - toxic workplaces, sexual harassment, and espionage - that eventually ended with the ouster of CEO Travis Kalanick. Now, with a new CEO in place ( Dara Khosrowshahi) Uber board member Arianna Huffington and the firm’s senior vice president of leadership and strategy Frances Frei joined CNBC Julia Boorstin during Advertising Week New York to talk about how they are transforming Uber's internal and external culture.

"I have never seen a better case of burning out and acting out," says Huffington. "If you don't fix the culture there is going to be consequences for the business."

Uber's primary goal - and problem - was hyper growth at all costs. This enabled misbehavior. Harassment was accepted if the person delivered on their end. Now, "No brilliant jerks allowed," says Huffington. It was a really important message to send to people to make it clear that there is a new policy. For instance, the War Room has been renamed the Peace Room.

Uber is also partnering with Harvard to rethink corporate culture. When we think of diversity, "we need to think of inclusive diversity." If we don't bring out "your specialness and my specialness," then nothing will change, says Frei. Bringing in academia will provide an outsider viewpoint needed for a tech-focused company.

This inner soul-searching has uncovered a number of insights about the company. More than three thousand people at the firm were working in managerial positions for the first time. These people weren't necessarily qualified or adept leaders. In fact, everyone who left Uber during the past few years did so because of their manager.

"Who is to blame? It is the managers or did we not set up managers for success?" asks Frei.

Uber needed to encourage workers to collaborate as team members. Each business unit acted in siloes. Some managers had relationships "pairwise" but no relationships across the company.

Also there wasn't a complete understanding of the strategy throughout the company. Employees were making hundreds of discretionary decisions each day without grasping the larger strategic narrative. Graciousness was in short supply. Employees, for instance, would text one another in the meeting. "There were 10 meetings going on and I was only attending one of them," jokes Frei. She studied whether this was a Millennial thing. “No, it was an Uber thing."

"If we can fix those, this will be a rocket ship," says Frei. These changes will be implemented immediately. "If you don't move rapidly, it will never happen. Search your mind for a large organization doing a five-year change process," Frei challenges.

Uber briefly discussed the recent decision in London to suspend its license. We have 40,000 registered drivers serving 3.5 million riders. This suspension "doesn't seem like great solution for them," says Frei, adding Uber is "quite hopeful there will be a resolution." The company will be able to operate in London while under appeal. And Khosrowshahi sent out an internal memo outlining his new collaborative foundation saying "We need to learn to build more trust in the cities and contribute to the cities we are working in."