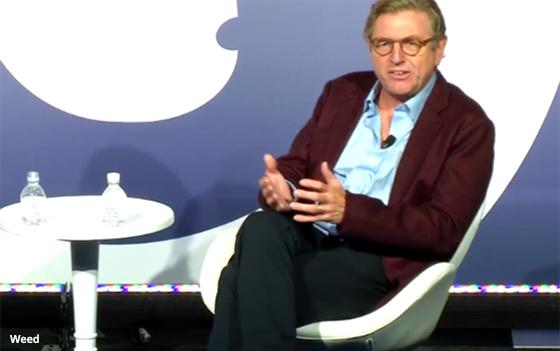 It’s a “hyper-powered” consumer world out there, thanks to the digital transformation. Brands not only have to be aware of that but provide consumers with a friction-free, near-flawless experience that connects not just on a quality or product level, but also on a values level.

Consumers have to believe in what a company and its brands stand for -- or they will take their business elsewhere.

That was a key theme in a talk delivered by Unilever Chief Marketing And Communications Officer Keith Weed at Advertising Week NY on Monday.

Increasingly, Weed said, it’s important to communicate with consumers one on one. And that means getting to know them pretty well. Which means correctly interpreting a whole lot of data to make those individualized connections effectively.

In Unilever’s case, that’s a lot of customized messaging. He told the Advertising Week crowd that a staggering 2.5 billion consumers use a Unilever product daily.

The industry, Weed strongly suggested, needs to stop talking about “digital marketing” as if it’s something different and apart from other kinds of marketing. Instead, brands need to think about marketing in a world that is completely digital.

“There’s one budget, one strategy, one execution and one consumer,” he said. Brands that take that approach will “optimize marketing,” he said.

The consumer journey is far more complex now, Weed noted. It generally starts online, and for half the world online entry is now made via mobile channels. It’s not like the old days where a brand could place a big TV or newspaper ad on a Thursday and wait for the cash register to start ringing on Saturday.

Today, the journey is “messy and chaotic" from a brand standpoint. "That’s the reality."

One obstacle to complete optimization, Weed noted, is ongoing problems with the digital supply chain, which he said is “still murky,” despite some progress.

More work is required in the fight against ad fraud, Weed said. Also critical is improving cross-platform measurement to better understand the dynamics of different channels.

“People can’t mark their own homework,” he insisted -- a pointed reference to Facebook, Google and other media/tech giants that do just that instead of relying on third-party measurement services.

And ad content and delivery systems are far from perfect, which is why 600 million or so consumers choose to use ad blockers. “That should be a wake-up call to the industry,” Weed said. Messaging needs to be in “real time, in-language and in-culture.”

Content, which is increasingly important, must provide “utility,” said Weed. It should help people solve a problem, such as how to get a stain out of something. Or it can be value-related in an entertaining way.

Weed said that research indicates that 40% of women consumers do not relate to women as portrayed in advertising. Only 2% of women perceive women in ads to be intelligent, and only 1% are deemed to have a sense of humor.

In response to such insights, Unilever has formed an industry group called the “Unstereotype Alliance,” which is tasked with coming up with ways to make ads less stereotypical. His earlier point about using data effectively will help make ads more engaging and relatable, he said.