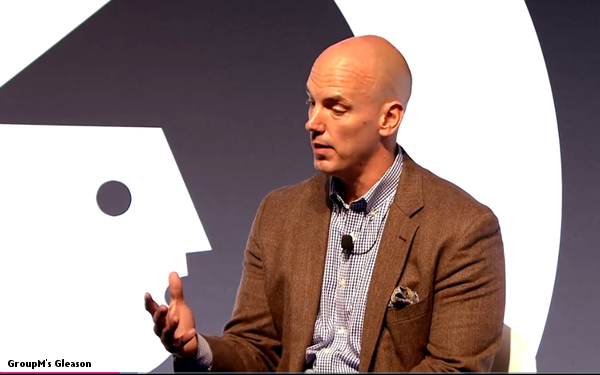 It may be wishful thinking, but panelists at a Tuesday Advertising Week session on data and programmatic applauded the growing number of players, like Target Media Network and IHeartMedia, that are becoming just as or even more efficient in the digital space with their programmatic networks as Facebook and Google.

"I do have to lock arms with Facebook and Google because they are so large, but soon, it will be Target's Media Network because they [are becoming] so large," says Whitney. "I will spend more money on where I can see my money is going."

Target's "sophisticated data operations" is enabling the retailer to partner with Pinterest and NBCU to share data. It's a big step forward, says Russo. The conversations with these companies used to be: "I want this this and this," he says. Now, both are asking about their commonalities and what are we trying to accomplish.”

Target's Rosso asserts the company’s vast trove of data is an asset that is beneficial to many players outside the company. “Think of all our vendor partners that sell in our stores,” says Rosso. "It helps everybody." To unlock the "power of data is a cultural transformation."

Warner Bros. Pictures is more focused on understanding and knowing its customers. “This means every project is aimed at figuring out each and every person who buys our products,” says Whitney.

Warner Bros. doesn't have the capabilities or interest in sourcing all data-driven insights, but the entertainment company now alters media plans hourly and has started to get closed loop attribution," says Whitney.  The company can track film interest via its trailers and properties, and can find out via Fandango, whether a fan actually purchased a ticket.

“All of this insight helps inform us and let’s us spend money not only differently, but more in different areas,” she adds.

“Sometimes, we place too much importance of the value of our data,” says Group M's Gleason. Most companies don't have the facilities to handle all of this information. "It is how you mix the data together. The ability to take your data and enrich it.”