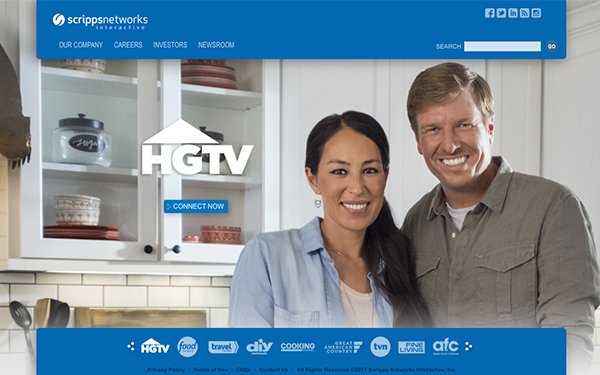 With the backdrop of its announced merger with Discovery Communications, Scripps Networks' U.S. advertising growth has been downgraded -- largely due to softening viewership -- by one analyst.

Michael Nathanson, senior research analyst at MoffettNathanson Research, now projects flat U.S. ad revenue results for Scripps in the third quarter (down from an earlier 4% projection), versus the same period a year ago, and a 2% rise for the full year (down from a 4% estimate).

Nathanson's concerns are twofold -- he cites softening viewership and reliance on a small handful of shows for each of its two big networks: Food Network and HGTV.

Nathanson writes: “After many years of outrunning trends of the broader cable network sector, Scripps Network's ratings declined in January. Ratings bottomed out in July, right around when the merger was announced.”