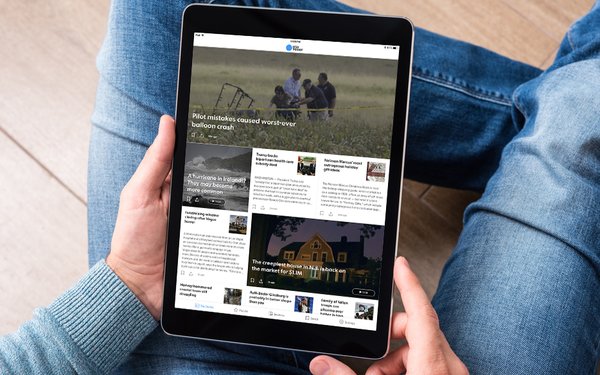 USA Today has launched an ad-free subscription offering for its mobile app for $2.99 a month.

“The decision to introduce ad-free into our mobile experience stemmed from the dozens of comments in our app’s reviews section of people essentially asking for an ad-free version of the app that they’d be willing to pay for it,” he said.

USA Today is offering a 14-day free trial for mobile readers. Its site will remain free, though it does ask readers to turn off ad blockers when detected.

The offering isn’t necessarily about driving revenue, he added, but to experiment to see what readers respond to.

“We’re particularly interested in looking at what type of consumer responds to the ad-free offering,” Yost said. “For us, we see ad-free as a way to test what consumers are willing to pay for, what percentage will actually pay, and how many of the free-trial (two-week promo) subscribers will continue on to the paid version.”

The ad-free subscription option is available via an in-app purchase on iOS and Android mobile phones and iOS tablets. The offering will expand to Android tablets next month.

A number of publishers now give readers the chance to pay for an ad-free experience, to ward off the use of ad-blockers  and to stymie the resulting lost digital ad revenue. (The number of people using ad-blocking software rose by 30% worldwide in 2016, according to a PageFair study.)

Early this year, The Wall Street Journal announced it was exploring an ad-free digital offering.