'Car Vs. America' Drives From Web To Fusion TV 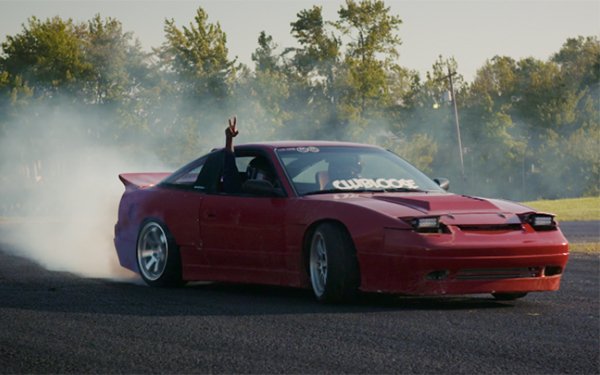 Gizmodo Media Group is making the journey from Web site to broadcast with “Car vs. America,” the company’s first foray into television.

The 12-part show, geared to millennials, is an extension of the vertical on Jalopnik.com, created in partnership with the edit team, Fusion TV and the North South production company.

The TV version doubles as a national road trip, in which Jalopnik editors Michael Ballaban and Raphael Orlove use humor and a love of all things automotive to explore America.

The “Car vs. America” debut, October 18 at 8 p.m., finds the daring duo in North Carolina, prepping for a skid-plate race. They rely on local experts to guide them through unknown terrain, in this case stripping a car to its bare bones, jettisoning the back tires and going for broke. Future shows will including off-roading and rally driving in the Pacific Northwest.

And that’s part of the appeal. Two New Yorkers explore car culture and adventure — however weird or offbeat — while cracking wise. They take in regional food and customs en route.

The episodes air primarily on Fusion, but will also run on Apple TV and Sling. They may even appear on another streaming network like Netflix after the season wraps.

The broadcast move seems a logical extension of the digital success. “Jalopnik is the most-read car culture website on the internet with over 10 million readers a month,” says Editor in Chief Patrick George.

While there are no exclusive sponsors for “Car vs. America,” Fusion TV notes the show is a “key part of the overall network buy for our brand partners.”

“Fusion approached Jalopnik for TV ideas shortly after Univision purchased what is now called the Gizmodo Media Group,” adds George. “We had a docu-travel digital video series in mind that eventually grew into the TV show 'Car vs. America.' ”

Fusion TV, part of the Fusion Media Group, is also owned by Univision. Gizmodo counts Deadspin, Jezebel, Lifehacker, The Root, The Onion and The A.V. Club, among its Web holdings. FMG totals nearly 90 million monthly visitors across its various sites.

“Car vs. America” is just the initial TV show out of the Gizmodo Media gate. Fusion is developing future TV projects with other sites, including “The Root 100,” which airs November 19, and “The Onion Presents,” a series of prime-time specials.