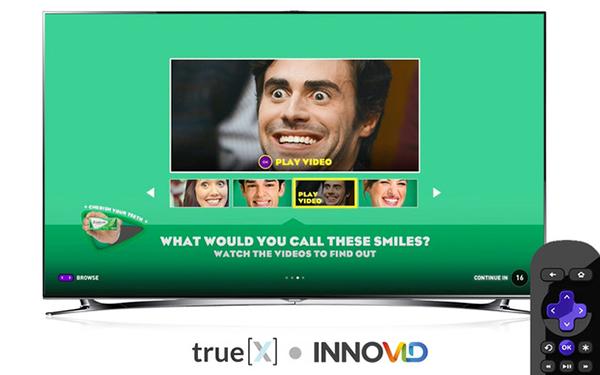 This ad format is now available on the FX app on Roku devices and will roll out to the Roku apps for the remainder of the 21st Century Fox portfolio in the coming months. Innovid co-founder and CTO Tal Chalozin says A+E Networks will use the technology in the near future as well.

The concept may seem familiar to desktop users of services like Hulu, but it marks new territory in the world of over-the-top (OTT) streaming. Before users begin watching a show (say, FX’s “The Americans”), they can choose to have a lean-back experience with a typical advertising load shown to them. Or, they can engage with a longer ad before the show starts and go ad-free for the duration of the program.

“This is actually a user that chose to see the ad and interacted for a certain amount of time. It is 100% the most premium attention-buying mechanism,” Chalozin told Digital News Daily.

OTT platforms have long been an under-tapped market for premium advertising, although viewership is strong here for premium, long-form video.

“It makes sense. You want to watch TV-like content on a TV screen,” Chalozin said. “If you are a marketer and want to cater to people watching television-like content, it is on OTT.”

It has also been a tough platform for marketers to use efficiently. OTT devices don’t collect the same type of data that a mobile device or laptop may collect. In addition, OTT devices like Roku are often used by an entire family, complicating things even further.

“There are a lot of differences when you move from desktop and mobile to an OTT screen. If you are a marketer, you are speaking to a household, not an individual,” Chalozin said. “It is a device where I don’t do any web search, I don't have my social network there, I don’t take it around and track my location. It is a different type of beast.”