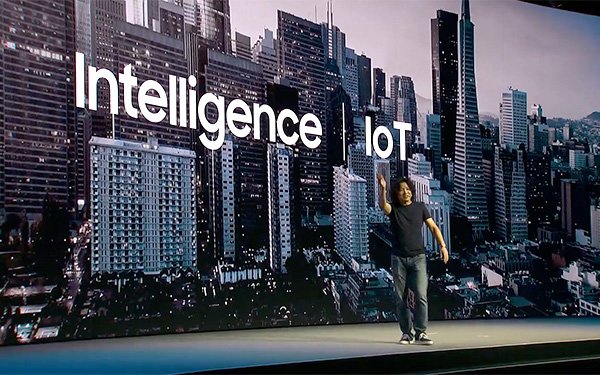 Samsung is taking another shot at AI.

When the company’s latest smartphone, the Galaxy S8, was introduced several months back, Samsung’s voice assistant Bixby didn’t come with it.

At the Samsung Developer Conference in San Francisco this week, a vision for the connected home featured Bixby 2.0, now to be included with devices including Samsung’s Smart TV and Family Hub refrigerator.

The company also rebranded its SmartThings, Samsung Connect and ARTIK into one IoT platform, now called SmartThings Cloud. The approach is to connect and control IoT-enabled products from one main hub, which makes sense since Samsung some time ago decided to add connectivity to all its future devices.

The challenge for Samsung is that Bixby is late in the voice game, well behind Amazon and Apple.

An even bigger mountain facing Samsung is Google.

Aside from Google Home, voice recognition on Google mobile devices is near flawless.

On my Android smartphone, the Le Pro3 from LeEco in China, when I use voice for Google searching, Google Maps or Google Translate, the voice recognition is absolutely perfect. Siri on my iPhone 7 is not even close.

Overall, Google has an edge here, since its mobile apps have had voice baked in for some time.

Anyone getting a new Samsung phone, which is required to get Bixby, can easily replace Bixby with Google Assistant. I haven’t yet played with Bixby, so no word yet on how the 2.0 version will be.

Samsung also announced future plans to provide tools for developers to add Bixby 2.0 to a wider range of devices. This may be a bit of a chicken and egg proposition, as developers may wait for larger scale adoption of the digital voice assistant before diving in.

Augmented reality also was highlighted at the developer conference, with Samsung announcing a partnership with Google so developers can use Google’s software development kit called ARCore to create AR experiences for the Samsung Galaxy S8 line of mobile devices.

The latest iteration of the Bixby voice assistant reportedly will be able to tell different speakers apart, much like Google Home and most recently Amazon Alexa.

No matter the initial level of quality, Bixby 2.0 joins with Apple Siri and Google Assistant to assure that anyone with a phone will be able to speak commands to it. This will be a precursor for consumers speaking to smart devices in their homes.