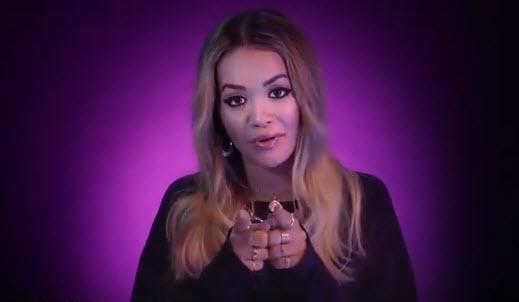 Through a video (below) being aired on television and digital across the U.S., Ora is encouraging fans, followers and their friends to submit “real stories of acceptance” at theopenmicproject.com by Dec. 1.

Ora will use inspiration from the stories to create a new song, which will be released during the Grammy Awards on Jan. 28, of which Absolut is a sponsor.

The goal, according to the brand, is to provide a platform to talk about acceptance and “give all people across the nation —regardless of background, belief or border — a voice.”

“Our strategy is grounded in who we are as a brand and what we’ve always believed in—diversity, inclusivity and acceptance,” Nick Guastaferro, director of marketing, Absolut, Pernod Ricard USA, tells Marketing Daily. “For nearly 40 years, Absolut has used nightlife, quality cocktails and creative collaborations to break down traditional barriers and forge unique connections. Now, with The Open Mic Project, we’re fusing these platforms together to spark a much-needed change in today’s conversation.”

The 30-second version of the Ora’s video has drawn well over 1 million views on YouTube since being posted on Oct. 12.

Leading up to the Grammys, the effort will be supported with a “robust media plan” spanning “high-profile stages and properties,” including the iHeartRadio Jingle Ball Tour, Guastaferro reports.

360i is handling creative and media, and Weber Shandwick PR, for the Open Mic Project. The project is a Grammys-focused U.S. extension of Absolut’s new global campaign, “Create a Better Tomorrow, Tonight,” with creative spearheaded by Bartle Bogle Hegarty London.

The global campaign kicked off in September with a spectacular spot, “One Night,” directed by three-time Academy Award winning cinematographer Emmanuel Lubezki. The ad, with a voiceover by actor/musician Juliette Lewis, shows how creativity has fed progress over history, from the Big Bang through today.

That was followed, in October, by “A Night for Change” — an event in which seven artists in seven countries (the U.S., Brazil, Canada, China, Germany, India and the U.K.) worked in their respective neighborhoods on a series of inspirational murals commissioned by Absolut.

The creation processes were documented in a video directed by Aaron Rose.