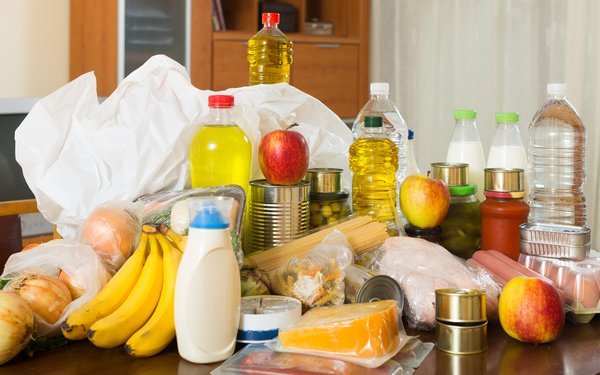 FMCG dollar sales in the food, mass, drug and convenience store retail channels in this year’s first quarter totaled $199 billion — down by nearly $3 billion (less than 1%) from Q1 2016’s $202 billion, according to a Nielsen Total Store Report. Unit sales declined 2.3%.

The situation improved in Q2, with dollars sales up 0.6%, and units down 0.8% versus the year-ago quarter.

That improvement was about half due to Easter’s being in Q2 this year rather than Q1, and some price inflation after a long period of deflation, reports Nielsen. But the other half reflects radical changes in shoppers’ preferences and behaviors. Specifically, the shift toward buying fresh foods ($332 million, or one-tenth, of the total retail decline in Q1 FMCG was in frozen frozen foods), and away from the core retail channels that have driven FMCG, in favor of channels value grocers (such as warehouse clubs and dollar stores) and convenience stores.

Not surprising, then, that for the full first half, FMCG sales in brick-and-mortar retail were flat, at 0.1%.

However, e-commerce offered a bright spot. Although online sales (including meal kits and grocery services) represented about 7% of all U.S. FMCG sales in the first half, they drove nearly all of the growth, according to Nielsen.

That rough percentage “may seem small, but it equates to more than $700 million,” point out the analysts. “It’s already having a sizable impact on growth — and at a very early stage.”

Due to the appeal of online convenience — and sometimes price savings — consumers “are growing more familiar and comfortable with online outlets,” says Nielsen. “Across total shopping trips, 14% of Americans say they consider buying online, which is up from 9% in 2015. Additionally, 33% more households are influenced by digital before they visit a physical store for non-food items than in 2015.”

Even grocery, frozen foods and dairy FMCG’s have seen “impressive growth” in online sales, although online’s shares in these categories are still small (2.4%, 0.% and 1.2%, respectively).

And non-food FMCG’s have been much more heavily impacted.

“This disruption has left manufacturers and retailers struggling to adapt; but in order to keep up, they must first understand where dollars are being spent and how to tap into changing shopping habits in order to drive growth,” concludes the report.

One critical point is that, by and large, FMCG products are “not differentiators—they are the items you can get anywhere, and for which there is no built-in advantage in going to the store,” observed Kevin Coupe, editor of retail industry newsletter Morning News Beat. “So it totally makes sense for sales of these products to move, inexorably, online. Which is why bricks-and mortar stores that want to remain relevant and resonant to their shoppers need to focus on the items that make them different, and add to a compelling in-store shopping experience.”