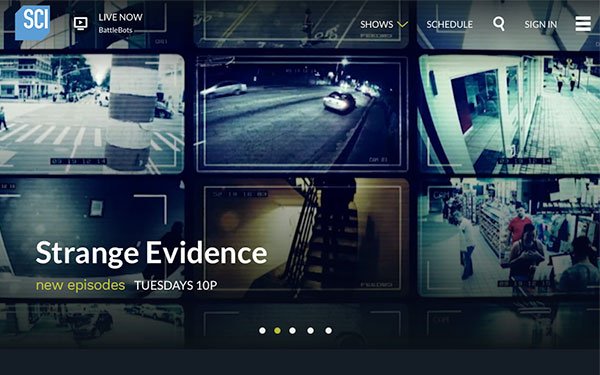 “We were looking at the right ways to partner and collaborate to find synergies between our brands and this was a natural fit. It is a first step of a real partnership between Group Nine and Discovery, taking their expertise in linear and our social-first expertise,” Caroline Smith, Chief Content Officer at Seeker, told Publishers Daily.

The three-part deal includes a digital series for Facebook, weekly interstitials to air on Science Channel, and a partnership on a long-form, linear TV series currently in development, all co-branded as “Seeker + Sci.”

Seeker was originally part of Discovery, and one of the brands that moved under the Group Nine umbrella following Discovery's investment.

A dedicated team at Seeker will produce about 12 original, short-form daily videos to be distributed on both Seeker’s and Science Channel's Facebook pages.

“Group Nine is broadly focused on being on the platforms where consumers are spending their time, and lately for us, that’s primarily Facebook and YouTube,” Smith said.

Select videos will be re-packaged as weekly, on-air interstitials for Science Channel, to “leverage the speed and efficiency of digital publishing, on air,” Smith said, and will focus more on breaking news coverage.

Seeker is also developing its first TV series pilot to air on Science Channel in 2018.

“The overarching goal is the idea that Group Nine and Discovery could partner to really own the science space across all platforms,” Smith said.

The partnership is “quite attractive” because “from a branding perspective — overall reach and viewership — having a brand that spans linear, dot com and social - there’s real value there. That’s the overall objective behind the partnership,” Smith said.

While Smith did not get into specifics about how the companies will monetize the co-branded partnership, she did say “Seeker + Sci” brings a “diverse opportunity of monetization.”

That vision is broad. "Anything from ad revenue stream to licensing, distribution to revenue share to direct content commission," Smith said.

In some ways, the partnership is also a “learning experience” to see where audiences are and “what appetite they have for different kinds of content." Seeker and Science Channel will experiment with sharing different pieces of content on their respective social media pages, and play around with publishing schedules.

At the time of Discovery’s investment, the company said Group Nine Media is an expansion of its “push into the digital network space targeting millennials."