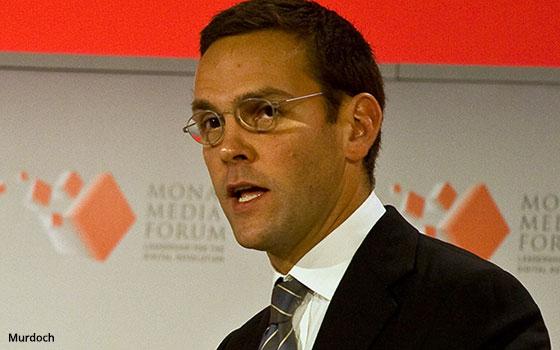 “We want Hulu live to be super-successful,” Murdoch said, adding that the company hopes that other bundled OTT services like YouTube TV and DirecTV Now succeeded as well.

Murdoch made the comments to interviewer and CNBC reporter Julia Boorstin at The Paley Center For Media’s 2017 International Council Summit in New York.

Murdoch’s strategy for Fox differs from one of its main competitors, CBS. While CBS is making an effort to be a part of of streaming video bundles, the company also sells itself directly to consumers through its CBS All Access streaming product. Murdoch suggested that Fox did not have any imminent plans to go direct-to-consumer.

He also noted that bundles, such as those from Hulu and DirecTV, can offset the loss of linear pay-TV subscribers hitting cable, satellite and telecom companies.

“I don’t think we’re all that concerned about cord-cutting,” Murdoch said. "What we want to see is a lot more competition downstream.”

Fox, along with Disney, NBCUniversal and Time Warner, is one of Hulu’s corporate owners. Hopkins was also a Fox executive before taking over the top role at the site.

Ultimately, Murdoch argued that Fox was transforming itself from a traditional television company, to one that put its digital priorities first.